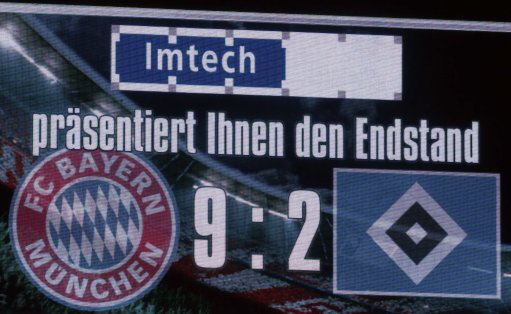 After being well and truly blitzed by runaway Bundesliga leaders Bayern Munich on Saturday, Hamburg have done the decent thing and decided to apologise by plying their fans with the gift of chargrilled meat.

That’s right, the club have invited all their fans to a complimentary barbecue at their training HQ later in the month by way of apology for their dire, record-equalingly bad performance at the weekend (Hamburg’s 9-2 defeat equaled the biggest ever Bundesliga defeat on record, with Bayern tying their own record which apparently dates back to a game against 1860 Munich during the 1963/64 season).

Anyway, the HSV players have all agreed to club together and cover the cost of all the food and drink, with the barbecue scheduled for April 21st, the day after the club’s league tie against Fortuna Dusseldorf. Someone best remember to bring some official Borussia Dortmund BBQ grill cleaner spray to scrub down afterwards.

Now, if only there was some kind of Hamburger/BBQ pun to end on…