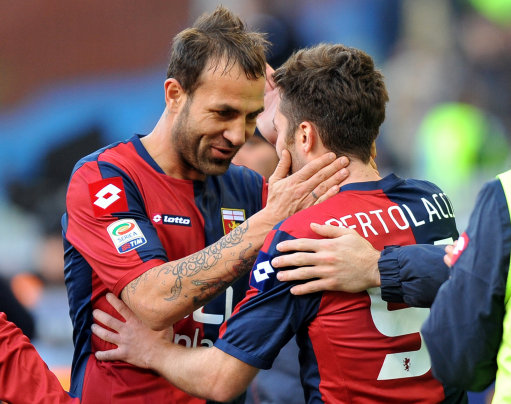 “Genoa could stare into your eyes all day”

Italian side Genoa have launched legal proceedings today against one of their own fans who conned the club’s ultras, players and management into donating €70,000 to his ‘critically ill’ son only for it to come to light that it was all a scam.

The Rossoblu fan contacted the club’s Gradinata Nord supporters group to ask for charitable donations as his young son was sick and in dire need of lung surgery in Switzerland. The sob story washed with the Genoa fans, who raised €40,000 themselves by selling special t-shirts and caps before corralling both the Genoa players and members of staff into bumping the final figure up by a further €30,000.

However, it then turned out that the crafty fan didn’t use the money to aid his son’s plight but rather pay off his debts. It was also revealed that rather than being at death’s door, his lad was in fact not seriously ill at all and instead merely suffers from a mild form of asthma.

Nice try compadre. You would’ve gotten away with it too, if it wasn’t for your pesky kid(‘s relatively good health).