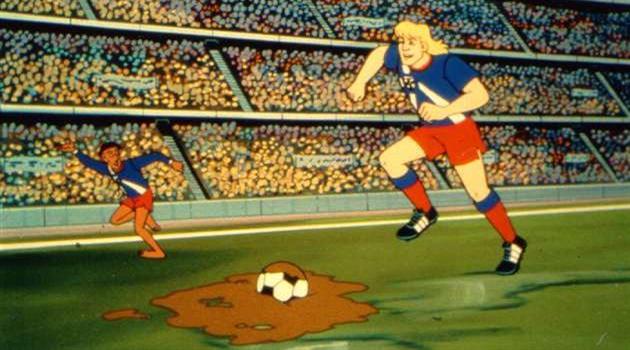 Huracan in action at what looks like Meadow Lane

A mob of masked and severely peeved Huracan fans have stormed the club’s dressing room after a training session yesterday and set about flogging several shades out of some of the players after the Argentinian side limped out of the national cup on Wednesday evening.

Second tier Huracan went out of the Copa Argentina on penalties to Primera Division side Godoy Cruz but it appears that the performance just wasn’t good enough for a small group of fans, who forced their way into the dressing rooms and attacked several players while they were showering. They also stole money from some of the players’ and damaged their cars on their way out.

“We were in the showers after Thursday’s training session when the disguised fans stormed the rooms armed with sticks and threatened the players. They hit some of the boys.

“When we left the stadium, we found out eight cars had been damaged. They had been scratched and had their tyres burst.”

The club’s president, Alejandro Nadur, added that thethat the masked fans arrived in two buses and entered the stadium without permission.

“What they did would not have been justified, even if we had lost 15-0 to Godoy Cruz,” he said.

Hard to disagree with that.