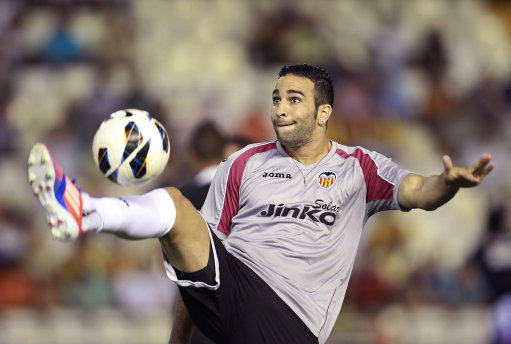 Valencia centre-half Adil Rami has incurred the wrath of the club’s fans after injuring his foot while dancing at a charity event and putting himself out of action for the club’s La Liga fixture last weekend.

Sadly, while engaging in the requisite equine gyration associated with the Psy track, the French defender aggravated a long-standing foot injury (thought to be blisters, which subsequently became infected – by disco fever) that then ruled him out of Valencia’s 3-3 draw with Espanyol last Saturday.

While he’s definitely cheesed off several hundred Valencia fans with his shenanigans, thankfully Rami’s injuries aren’t thought to be Korea-threatening.