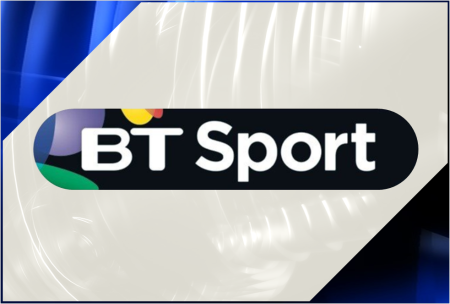 BT Sport are throwing their launch party as we speak and, Christ Almighty, the tidbits being leaked by journos on Twitter vis-a-vis their football coverage is  already making it sound like some sort of hellish nightmare. If you had to pick your worst possible panel, you probably couldn’t do much worse than BT themselves.

Before the live action starts (BT have secured the rights to 38 live Premier League games for 2013/14), viewers will start the morning in the company of the entirely self-absorbed shitsponge that is Tim Lovejoy, who will present a”fresh and innovative Saturday morning sports show”.

So…that’ll be a Soccer AM knock-off then, yeah? How very fresh and innovative.

(While we’re on the subject of Lovejoy, this never gets old)

Bland ex-Bamzooki and F1 anchor Jake Humphreys will be the main man (the omnipresent Claire Balding is also on board in some capacity), with pundit places for Owen Hargreaves, David James and Steve McManamanamanamnanman.

Ian Darke and the actually excellent Darren Fletcher are signed up as the two main commentators, while referee Mike Halsey will also be popping into the studio once in a while to provide an “officials point of view”.

And here it is. The smelliest nugget in this big barrel of festering crap kernels: it’s been confirmed that Michael Owen is going to be the channel’s “lead co-commentator”.

No. Thank. You. The man is a dullard par excellence. The man talks in binary for crying out loud! That said, there’s a certain wry irony in having a colour commentator who drains all the hue from the world each and every time he opens his mouth.

It sounds like one, giant, ill-conceived clusterf**k to us. In fact, it sounds like ITV Digital all over again.