Look at the state of that… 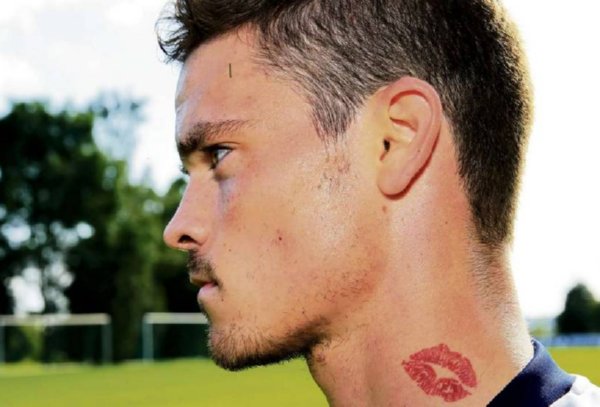 Apparently Erdmann had his girlfriend Tanita kiss a piece of paper and then used the lipstick mark as a template for his tattoo, which he proudly debuted at Schalke’s pre-season training camp.

End result? Well, at best he’s gone and given himself a hickey (as I believe our Yank friends call them) for life.

At worst, from anything over a distance of about six feet away it looks like he’s got the bubonic plague.