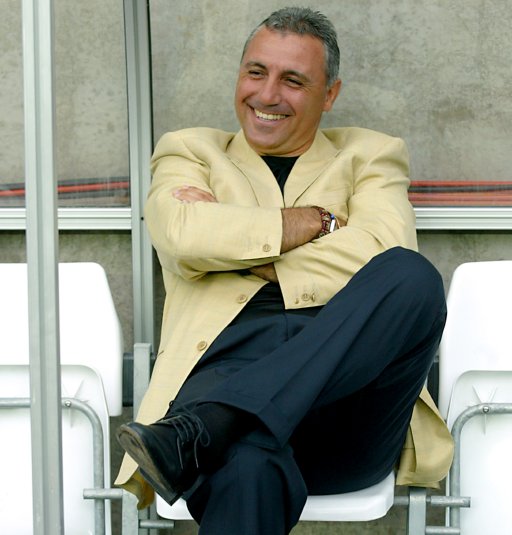 We wouldn’t lie to you Hristo, the jacket looks great

Back on June 22nd, Hristo Stoichkov took the managerial job at CSKA Sofia – the club he played for with great distinction between 1984 and 1990, winning multiple league and cup titles – with the intention of creating a new identity for the troubled Bulgarian club, even proposing to merge CSKA with fellow top flight club Litex Lovech in a bid to preserve both clubs’ league licenses.

Stoichkov’s appointment was greeted passionately by the beleaguered CSKA fans, who turned out in droves to the first pre-season training session of the summer and let off flares and waved banners to welcome their hero back into the fold.

However, the dream of resurrecting Bulgaria’s most successful ever club has already turned sour for Stoichkov less than a calendar month into the project, with the former Barcelona forward resigning as coach of CSKA yesterday, citing that he was unable to work with the owners and their “endless lies”.

The problem arose when the CSKA owners agreed to transfer all of their 6.5 million shares to Stoichkov two weeks ago before failing to fully complete the deal, leaving Stoichkov and the club in limbo and unable to act upon any of the interest which was reportedly shown in helping to finance The Reds’ revival by several Bulgarian companies and businessmen.

Stoitchkov sent an open letter to the press, which read:

“I’m fed up, I’m leaving. I agreed to start coaching [CSKA] without a contract and I had a great desire to help. I had the support of the players and my staff. We endured until it became clear there’s no chance of promises being fulfilled.

“It is not my understanding of fair, transparent and professional work. This is no way to achieve high goals if there’s no respect between players, coaches and officials on the one hand, and the club owners on the other.

“Lies cannot be endless and we cannot go forward. Or at least I can not so.”

So now CSKA Sofia are on the prowl for their fifth coach of 2013, and we can’t imagine there are many unemployed managers out there willing to get involved in that goddamn train wreck of a club.

Maybe they should give Jozo “36 stolen bottles of Jagermeister” Gaspar a tinkle? He may not quite be desperate enough to take the CSKA job, but there’s a fairly high chance he’ll be drunk enough when they call.