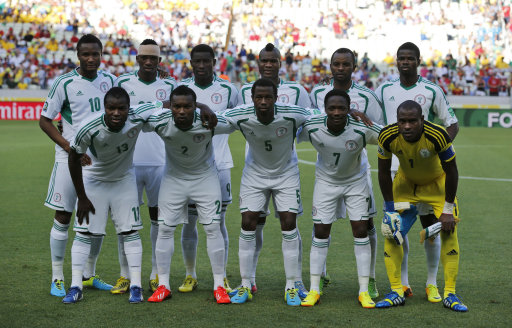 The Nigerian national side may well have been put through the ringer several times (most notably by their own government) over the last few years, but life with the Super Eagles looks like a breezy stroll through Peachy Keen Park compared to the state of the domestic game at the moment – with mismanagement, match-fixing and other various strains of corruption known to be rife, particularly at lower-league level.

Indeed, the Nigerian Football Federation (NFF) have announced that they are going to come down on four lower-league clubs like a ton of bowling balls over (well-founded) allegations that they were complicit in what the NFF have called a “mind-boggling show of shame” in which two clubs, both chasing promotion and needing to hike up their goal difference, mysteriously managed to rack up respective 79-0 and 67-0 victories at the weekend.

According to the AP, the matches, which were both played at the same time, saw Plateau United Feeders score 72 second-half goals in their 79-0 win over Akurba FC, while Police Machine FC stuck 61 goals past Babayaro FC in the second half of their 67-0 victory.

Unsurprisingly, the NNF have confirmed that all players, match officials, management, club officials and tournament coordinators involved in the debacle will be investigated for match-fixing in the not-so-distant future, with an NFF spokesman declaring “anyone found to have played some role in this despicable matter will be severely dealt with.”

No need to do anything rash, chaps. What if Plateau United Feeders and Police Machine (which sounds suspiciously like a Flaming Lips album when you say it out loud) were just especially super awesome that day?