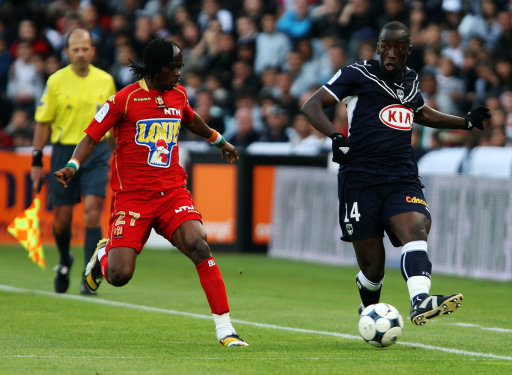 Le Mans, a club with whom Didier Drogba, Gervinho and Stephane Sessegnon have all played for in recent years and who were playing in Ligue 2 last season, have been demoted to the sixth tier of French football (the English equivalent would be the semi-pro North and South Conferences) and stripped of their professional status due to the quagmire of debt into which they have sank.

The club – playing in Ligue 1 as recently as 2009/10, reaching three consecutive French Cup semi-finals between 2006 and 2008 – were already due to be busted down to the CFA Division (fourth tier) after a €14million hole was found in their books in January, but a failed appeal over the ruling means that Le Mans are now excluded from all national championships and will have start next season a further two tiers lower in the Division Honnuer, i.e, the league in which their amateur “C” team competed last season.

Le Mans have announced that their youth academy will be closed immediately and that their squad are henceforth free to find other clubs.

As for the club themselves, they have three options: appeal to the French Olympic Committee, declare themselves bankrupt or start from the bottom and try to rebuild into at least some semblance of their former selves.

Either way, they’ve got their work cut out.