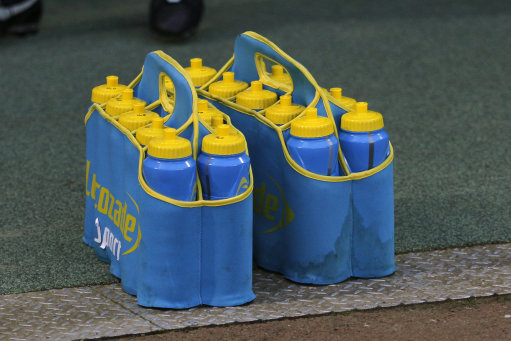 In what Swiss newspaper Blick is rather bluntly calling a “Piss-Attacke,” the fourth tier of Swiss football has been shaken by a truly disgusting “urine scandal” which cracked off during the weekend fixture between FC Muri and FC Baden.

This from Blick (you’ll have to excuse the slightly patchy translation):

Later Saturday afternoon…during the course of the second half, the Baden fans behind the goal of Muri goalkeeper Reto Felder prompted a ball boy to give them Felder’s water bottle.

The bottle was quickly emptied and then filled with urine.

The next time Felder took a drink from the bottle there was a huge noise from the fans behind him: “You have been infected! You have AIDS!”

Told you it was disgusting.

Felder reportedly complained about feeling nauseated later that afternoon but refused to seek a medical evaluation.

“That’s from the bottom drawer. I’ve played football all my life and experienced a lot, but that surpasses everything.”

Baden president Thomi Bram was equally appalled at the behaviour of his team’s fans.

“This is a serious abuse of fair play if it has actually happened that way,” he said, before vowing to launch an internal investigation into the Piss-Attacke.

However, it seems as though Baden fans have a bit of a reputation for being repulsive arseholes in the Swiss lower league community, with Hubeli adding that he is now ready to make a formal complaint to the local football association.

“Every game against Baden is a high-risk game,” Hubeli added. “I am convinced these fans will try again.”

Now if you’ll excuse us, we’ve got to find something to chunder into.