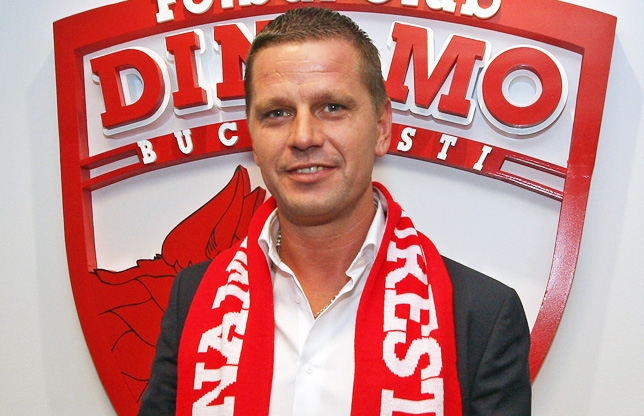 Flavius Stoican: sacked by a waiter

While it will never eclipse Pies’ undoubted favourite eastern European managerial sacking story (NK Precko Zagreb’s Josip Gaspar, please take a bow), the tale of how ex-Dinamo Bucharest coach Flavius Stoican came to learn of his recent dismissal is a bit of a belter in its own right.

According to Sport.ro, coach Stoican decided to leave struggling Dinamo after an “incredible episode” which saw him go out for a meal in Bucharest only to learn from his waiter that he was being canned!

The story goes that Stoican was invited out for a meal with club owner Ionut Negoita and his chief executive Constantin Anghelache.

However, when he arrived at the restaurant he was informed by his waiter that Negoita and Anghelache were already in another booth with ex-Dinamo striker Claudiu Niculescu, who is currently in charge at CS Mioveni and had been linked with a return to the struggling Liga 1 side.

Realising he was being usurped, Stoican reportedly stormed out of the restaurant and announced his resignation the following day.

The resignation was duly accepted by Negoita and Anghelache, who have since installed Ionel Danciulescu as interim coach while a full-time appointment is made.

Storming out? The hot-headed bloody fool! He should have at least got himself a free steak out of it.