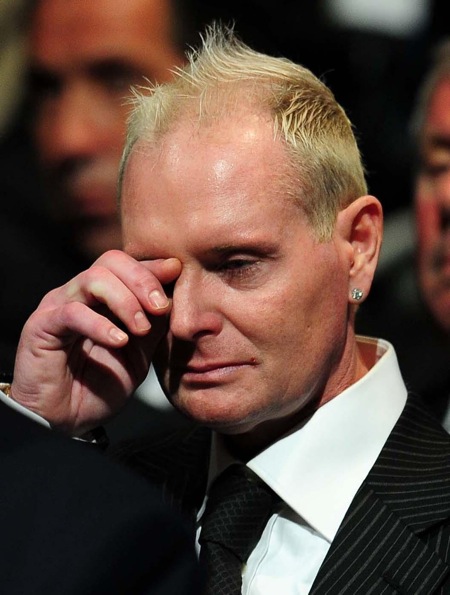 Sad but predictable news today: Paul Gascoigne has been charged with drink-driving. The 42-year-old former England star is due to appear at Northallerton Magistrates’ Court on April 16.

Gazza was arrested last month after an incident at a takeaway in Leeming Bar, North Yorkshire. He was also charged with driving without insurance and driving without a licence when he answered bail at Northallerton police station on Sunday.

As blunt as it sounds, and as much as I’d love to see him sober up for good, it’s getting to the point where I can’t see Gazza making it to his 50th birthday. He needs serious help but on previous form, I’m not sure he has it in him to turn his shattered life around. Poor bloke.