As spotted by the fine folk over at Bleacher Report, New York City FC have been handing out chant cheat sheets in a bid to ramp up the atmosphere at the McDonald’s Chicken Nuggets Stadium.

There are some absolute bangers on here (in both English and Spanish), including timeless NYCFC anthems “I Wanna Diskerud All Night” and “N…. Y…. C…. ***Clap****” 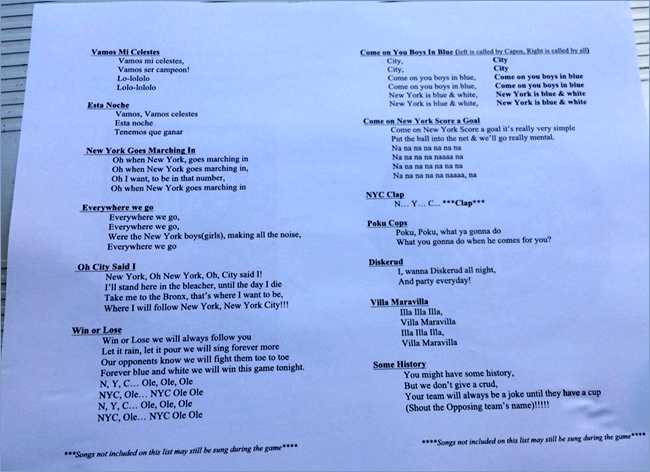 This little ditty deserves a bit of special attention too…

Crikey Moses. The last person we heard use the word “crud” was a bloke called Michaelangelo, and he was a Teenage Mutant Hero Turtle, in 1989.

We know that it’s easy to point and laugh at the daft Yanks getting it a little bit wrong all the time, but… – well, that’s that thought finished really.