… And not just Wazza and Stevie G. Most footballers can’t draw for toffee, churning out witless, childlike scribbles that bely their general lack of imagination.

Anyhoo, 40 Premier League footballers and managers drew self-portraits for a book called The Art Of Football, which will be auctioned at the Football Extravaganza dinner on Monday in London. Money raised will go to the Nordoff Robbins charity, so I shouldn’t be too harsh on the doodles, as it’s for a good cause.

But get a load of this shizzle, some of which wouldn’t even make it into Tony Hart’s Gallery: 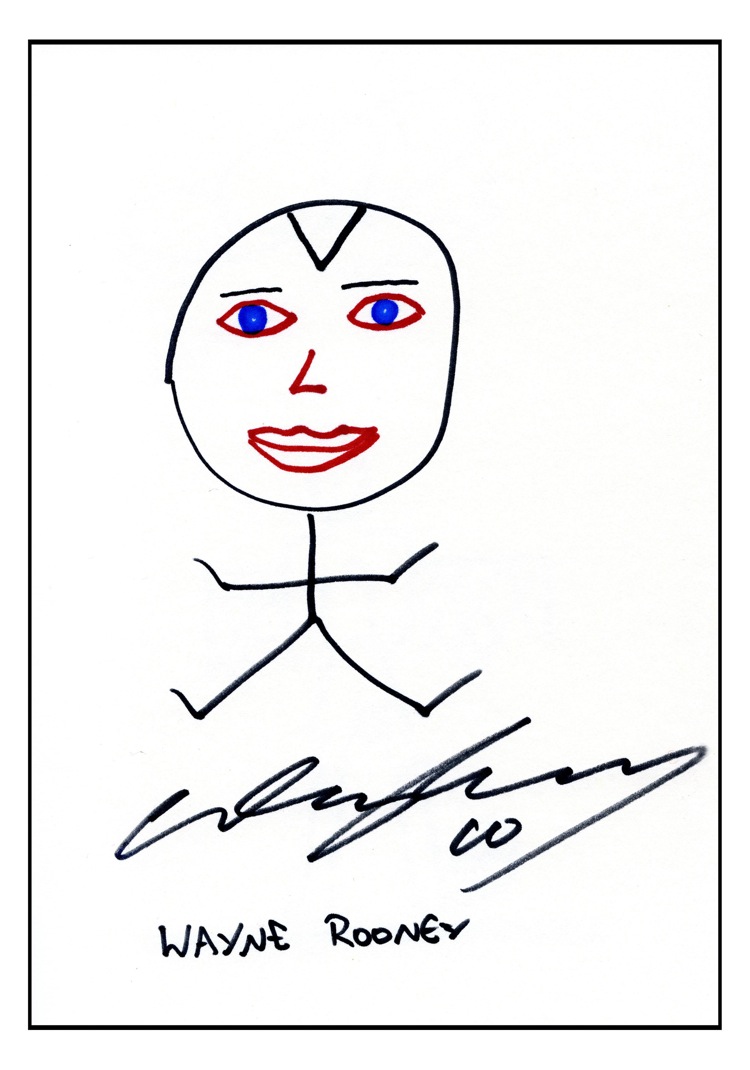 Rob Green’s s-p is spot-on though.