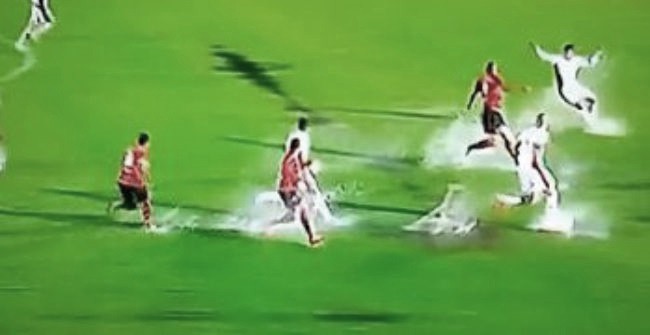 We’d just like to take a second to hereby commend the authorities that allowed the Brazilian Serie B game between Oeste and Boa Esporte to go ahead on Friday evening.

Amazingly enough, the officials in charge deemed the pitch in Itapolis to be perfectly playable despite a high percentage being flooded by a bout of heavy rain – leading to astounding scenes such as these…

Brazilian lower-league football. The gift that keeps on giving.