Not that it’s a massive spoiler, but it would appear that the official FIFA website have accidentally leaked the 2015 Ballon d’Or winners almost a week prior to the glitzy award gala in Zurich on 11 January.

The article was swiftly removed but, quick as a flash, the Daily Mail managed to nab a screenshot before it vanished into the ether… 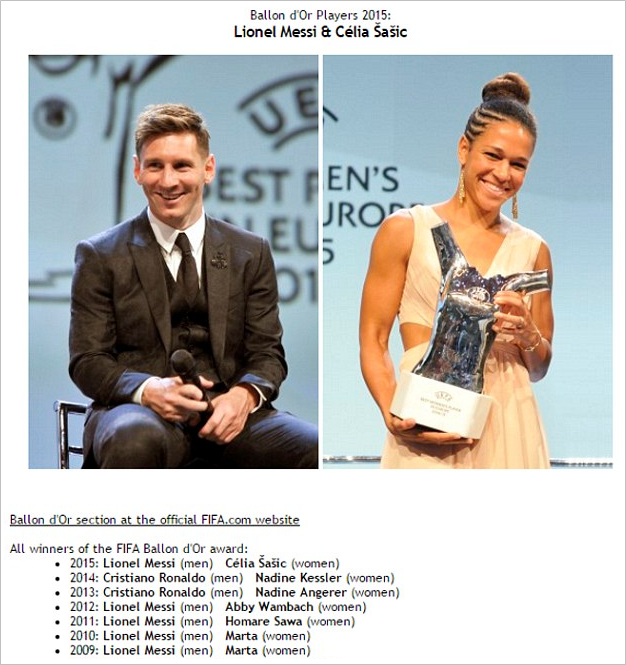 Not exactly the biggest administrative transgression in recent FIFA history, but still a fairly significant cock-up in its own right.