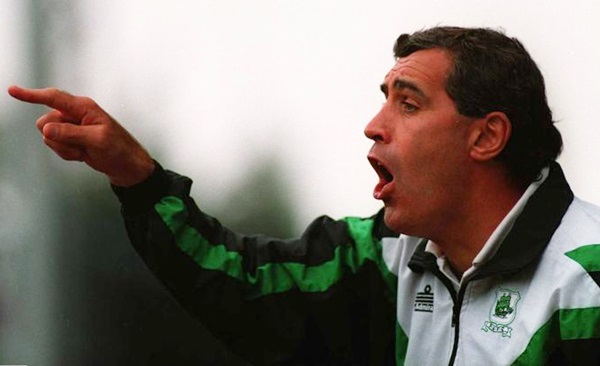 It’s fair to say that, for all his vast success as a player, Peter Shilton’s short-lived foray into management was an absolute disaster of Exxon Valdez-esque proportions.

The veteran 42-year-old goalkeeper arrived at Plymouth in a player-manager capacity in February of 1992. Two months later the club were relegated from the Second Division. As the team leaked goals, Shilton’s signings failed to mesh and his relationships with the chairman soured to the point of a public slanging match between the two men.

Argyle did make it into the Third Division play-offs the following season but lost in the semi-finals to Burnley. The next February, with the club looking odds-on for relegation and with matchday gates at a nine-year low, Shilton resigned and announced his intentions to start playing again – eventually ending up at Wimbledon as back-up for Hans Segers. He never returned to management, thankfully.

Just to illustrate how clueless Shilton was as a gaffer, here’s a little snippet of what must surely rank as the worst motivational team talk ever delivered by anyone in any field… 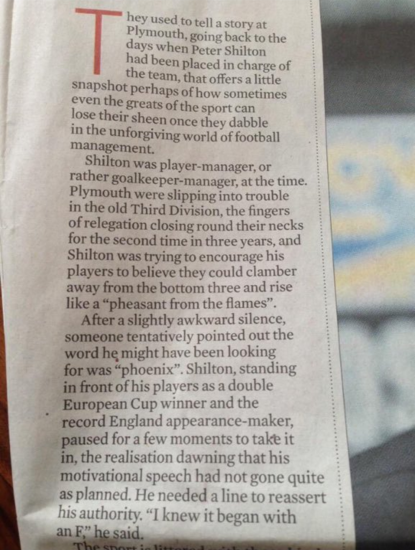