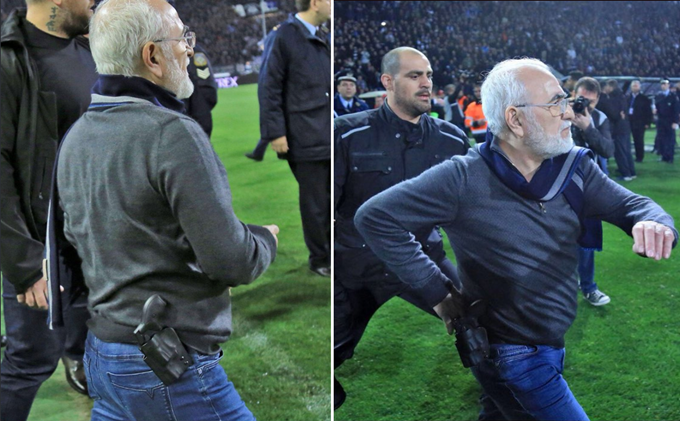 You may not be overly shocked to learn that PAOK owner Ivan Savvidis has been given a rather large ban after he came wading onto the pitch with a gun during a recent Greek Super League match against AEK Athens.

After PAOK had an 89th-minute goal (correctly) disallowed, the pistol-packin’ president came swaggering on to remonstrate with the officials.

The AEK players were ushered from the pitch for their own safety while Savvidis was intercepted by security staff, before the match was eventually abandoned over two hours later.

According to Sky Sports, the 59-year-old has now been banned from all football activities for the next three years, with PAOK also hit with a three-point deduction that effectively knocks them out of the Super League title race.

That said, the government have already suspended the league indefinitely as a direct consequence of Sivvidas’ reckless actions, so who knows what the hell is going on…