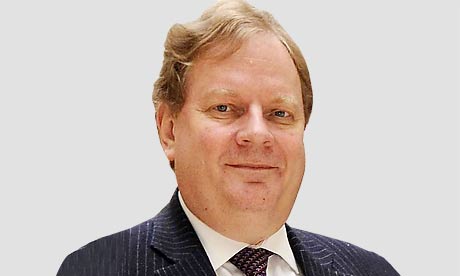 That smug looking football-hating barsteward above is Peter Wright. Let’s get him on trial for treason

So, in case you missed it, The Mail on Sunday wires up a kiss and tell girl with a recorder who then tries to snare Lord Triesman, Chair of the FA and head man of England’s 2018 World Cup bid into making saucy comments. Instead he mutters something completely hat stand about how the Russians and the Spanish might bribe refs at the World Cup. Cue meltdown of our bid.

Ok, before we get too harsh on Lord Triesman, who hasn’t said something stupid in their life especially when 1, trying to impress a woman and 2, under the influence of alcohol? Ultimately he has done the right thing in resigning, but I think the bigger story is not about the Lord’s dubious comments but about why the Mail on Sunday published the story in the first place.

Let’s face it, after a couple of expensive and tricky World Cups in South Africa and Brazil, FIFA needs a safe European pair of hands to do a Germany ’06 in 2018. They need a country that’s passionate about football, has loads of great stadiums and will deliver amazing media coverage. That puts us in pole position. We really were the favourites. We can do a better job than our Russian and Spanish rivals, and it is our turn. The fact that the inventors of the game haven’t had a World Cup since 1966 when Mexico and Germany have both had it twice is wrong. Also I seem to remember Spain hosting a Word Cup back in 1982, so a 12-year wait shouldn’t be that problematic for them.

Now after these revelations we look like we might be back in third place and with a lot of grovelling to do. Peter Wright, editor of the Mail on Sunday, knew this when he decided to print the story. It was a story gleaned by very dubious means that really has nothing to do with the national interest. All the story meant was that the Mail on Sunday sold a few more copies this week.

2 Deprived football fans of the world’s greatest tournament on their door step. Those who are old enough – think how goodEuro 1996 was, then treble that.

And this isn’t just a story about England. The tax generated by all those tourists etc would be good news for Scotland, Wales and Northern Ireland too. And footy fans from those countries are hardly going to turn their nose up at having the World Cup on their doorstep.

So ultimately Lord Triesman was both stupid and unlucky. The Editor of the Mail on Sunday however was a reckless xxxx. I really think there is a strong case to try him for treason.

No football fan should ever buy the Mail on Sunday again. Let’s hit Peter Wright where it really hurts.