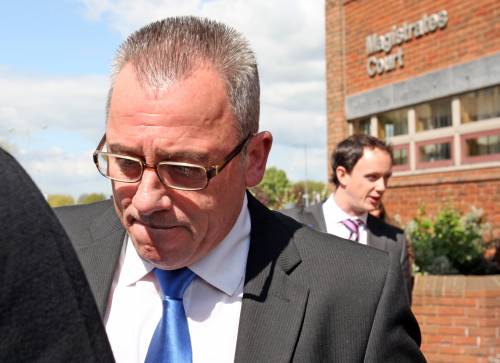 The father of Chelsea and England defender John Terry has been spared a jail sentence following his arrest for directly supplying cocaine to a journalist posing as a chauffeur.

Edward Terry of Chafford Hundred, Essex, admitted supplying 3.5 grammes of Colombian marching powder to the undercover hack who set up the sting last November on behalf of The News Of The World.

“It is a very, very clear case of entrapment solely to create a newspaper story.”

Terry, 56, was sentenced to a suspended prison term of six months at Basildon Crown Court and he has also ordered to do 100 hours of community service and pay £95 costs.

What a lovely bunch the Terrys are.