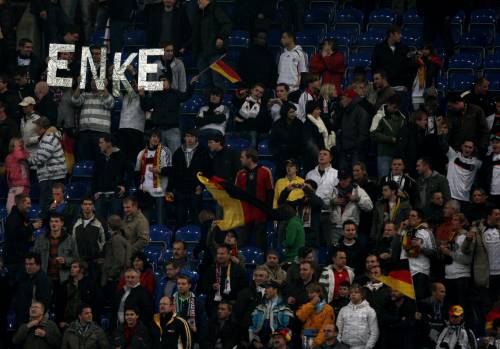 Serbian television RTS upstaged their British counterparts ITV in the ‘broadcasting cock-up’ stakes (hard to believe I know) the other day by claiming that goalkeeper Robert Enke, who tragically took his own life in November of last year, wouldn’t be featuring for Germany at the World Cup because he was ‘injured’.

Summing up the team selections before the Germany vs Australia game on Sunday, Serbian commentator Vladimir Mijaljevic said;

“Manuel Neuer is in goal for Germany because Robert Enke cannot play. He is injured.”

All I can say is, Graeme Souness must be one of the most relieved men in South Africa right about now.