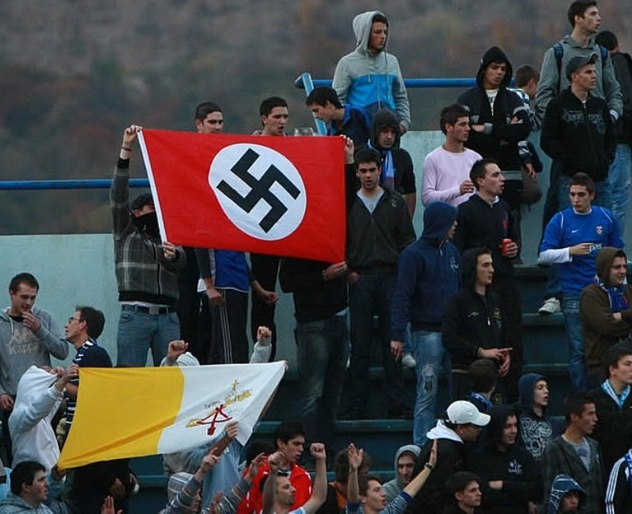 Subtle, huh – and according to reports, local police did nothing to prevent the Nazi flag being raised, nor to prevent chants of “Sieg Heil!”

The flag was held up by NK Siroki Brijeg fans during their recent home match against bitter rivals Sarajevo FC at Stadion Pecara. Sarajevo fans weren’t granted quite the same leniency, as they had brought with them banners in tribute to Vedran Puljic (a young Sarajevo fan who was shot dead, allegedly by a Siroki supporter, during rioting between the two sets of fans last season; although some fans claim Puljic was killed by a stray police bullet). These banners were reportedly confiscated by the police, leaving the swastika to fly in the home end.