It was a performance worthy of Alan Partridge at his lowest point, evoking classic lines such as “Have I got a second series?” and “Smell my cheese you mother!” At least there was no Castrol GTX bomber jacket.

In using talkSPORT’s Hawksbee & Jacob Show as a platform to tell his side of the story, Richard Keys needed only to keep the mantra “Say sorry, be humble, get the fuck out” at the forefront of his old-school mind. Instead he went in with the dial turned up to 11 (his default mode on your average Super Sunday, after all), ranting weirdly about “Dark Forces” and how some of his best friends are women. The sound of Keys digging his own grave – he got six feet down and then, incredibly, he kept on going – made for one-and-a-bit hours of utterly absorbing radio (apart from all the crap car insurance ads, naturally). How can this man be such a colossal sandwich and not even realise it, I wondered.

Nothing about Keys’ vainglorious attempt to save his skin said, “Here is a decent bloke who deserves a second chance”, right down to his misguided choice of a radio station which sells itself with the tagline “For men who love to talk sport”. He said sorry several times, of course, but it was never an unconditional apology. There was always a ‘but’ on the tip of his tongue, and lurking beneath every word you felt his red-hot sense of injustice, of being witch-hunted, of being caught in a firestorm when – the unfairness! – “footballers are just as sexist as me, if not worse; I only wanted to be best mates with Jamie Redknapp, your honour. If that’s a crime, lock me up.”

Keys then opted for – though that makes it sound like he had some control over his brain – the Big Ron “Some of my best players were black” defence, claiming to have helped kick-start the careers of several women, such as Kelly Cates (Kenny Dalglish’s daughter, nepotism fans!). Where was Kelly in Richard’s hour of need? Not in Richard’s corner. She was busy tweeting a sarcastic remark: “Just read about something called ‘the offside rule’. Too much for my tiny brain. Must be damaged from nail polish fumes.” 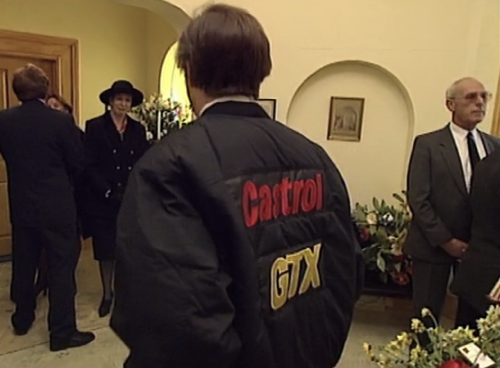 Keys ploughed on self-importantly – “With success comes envy” – and (you couldn’t write this shit) compared his plight to that of Alan Carr, Chatty Man. At this point the Dark Forces chuckled darkly. He even referred to himself in the third-person. He was hating it but loving the attention at the same time, especially after all those years as the kid who would always get picked last for a kickabout, all those years having to listen to the likes of Souness, Gullit and Hoddle talk about the game and not being able to contribute anything meaningful to the conversation, apart from aping the sort of dressing-room “banter” that he imagines must go on. “Platty, I cut up your Armani tie, you muppet!”

Neither Hawksbee nor Jacob could get a word in. They didn’t need to. The penny dropped with a clang. Does this deluded buffoon think he is Mr Football? Does he think he’s in some way responsible for the success of the Premier League? Surely he can’t believe that there was no football before Sky? … By thunder, I think he does!

By this point, an hour in though it felt like fifteen minutes, you almost wanted to wrench the shovel from Keys’ once-hairy hands. That’s enough, Richard, this is just embarrassing now, for everyone… Almost.

What of Sian Massey, the “strong girl” collaterally damaged by this farce? Well Richard just wanted the nasty tabloids – you know, the ones owned by Rupert Murdoch, his boss – to leave the poor girl alone. Just as I’m sure Sian wished Richard and Andy had left her alone in the first place. Keys was proud to say he phoned Massey to apologise in person and that the pair even engaged in some “banter”. No, not the ‘B’ word, Rich. That’s what got you into this mess in the first place, the belief that saying vile things is merely ‘banter’ and everyone does it so what’s the big fuss, son? 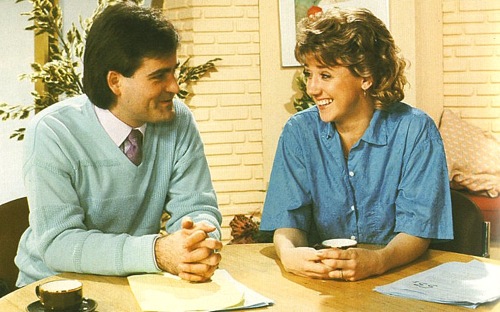 One of Hawksbee and Jacobs asked if Keys would also have apologised to Massey if the off-air comments had not been leaked. Keys faltered for the first time, and in that brief silence you knew his answer. “‘Course not, son. Daft little girl, silly game, fuck off.” He dodged the question inexpertly but by now all was lost.

I was also amazed at Keys’ feeble grasp of the English language. For a broadcaster with so many hours under his Ciro Citterio belt, you might expect a basic level of articulacy. But, as was pointed out to me on Twitter – which glowed magnificently during Keys’ of his own suicide note – he is used to delivering hyperbolic nonsense from an autocue; so used to it in fact that he can hardly cobble together a coherent sentence of his own.

So an odious Coventry City fan with Eighties hair is now looking for a job (Keys resigned as I was writing this), hanging out the back of the job-centre queue (Hat tip: @david_livick) behind an odious Scot with no hair. It’s not big news, is it. Indeed, we’re all guilty of dousing this firestorm with petrol – I suspect spotty bloggers and vicious tweeters make up a large part of the imagined Dark Forces – but after so many years of being subjected to Keys & Gray’s 19th-hole bullshit, being guilty feels fucking good, like when you score a great goal or cancel your Sky Sports subscription. And if, as a nice side-effect, the demise of Messrs. Gray and Keys accelerates the demise of sexism in football, what’s not to like?