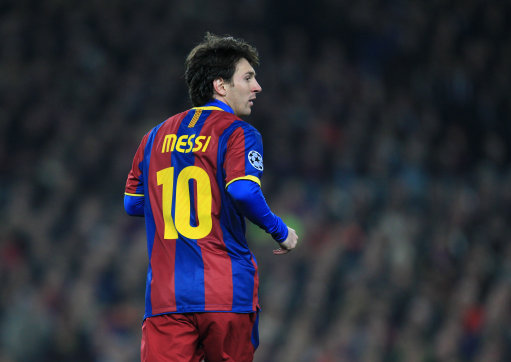 The French Football Federation (FFF) have suspended the coach of FC Borne, a village side that play in the second division of the Haute-Loire league, for making an official bid for Lionel Messi ‘as a joke’ earlier this week.

Borne made an offer to Barcelona for Messi’s services but the transfer was immediately flagged and reported by the killjoys over at FFF’s player registration office, who refused to submit the paperwork to the Spanish FA.

For his troubles, Borne president Cedric Enjolras was then suspended for the next months six months:

Yves Begon, the happy-go-lucky head of the FFF registration office, was unimpressed by Enjolras’ hi-jinks:

“One cannot accept such behaviour. It is perhaps a joke but we are here to judge the facts.”

“To submit bids among small clubs, you need to fill out forms on the internet. I decided to register a bid so I typed the name Lionel Messi, his date of birth and his parent club into the system.

“Then the league transmitted the request to the federation. They were shocked by it and refused to send it to their Spanish counterparts. I have been suspended for six months, of which three are suspended.

“It was just a joke, to amuse friends, now I’m going to have spend three months in the bar.”

‘Every cloud’ and all that…