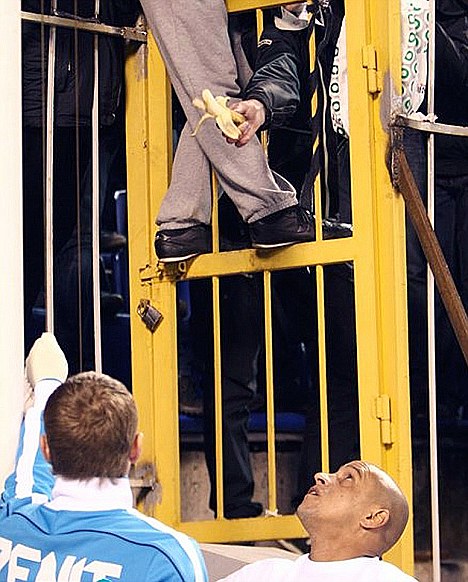 Zenit St Petersburg have vowed to launch an internal investigation after this picture of Roberto Carlos being handed a peeled banana by a fan was published by the local press.

Carlos is now plying his trade in Russia with Anzhi, and the photo was taken before the Brazilian veteran’s new employers took on Zenit at the Petrovsky Stadium on Monday evening – though the man himself refused to be intimidated:

“I didn’t get offended, in my 37 years I’ve seen it all so I didn’t get upset after seeing a banana.”

If you cast your mind back to Alexei Sorokin’s (Russia’s 2018 World Cup bid chief) explanation as to why Lokomotiv Moscow supporters unveiled a huge banana banner during Peter Odemwingie’s last game for the club before joining West Brom – you’ll recall that ‘being handed a banana’ is just the traditional Russian way of letting you know that you ‘failed a test’. 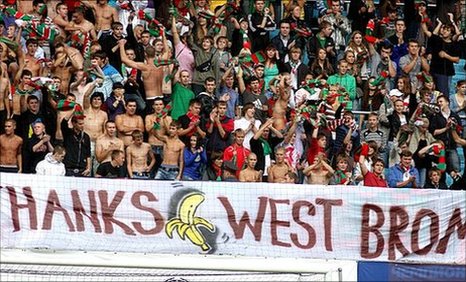