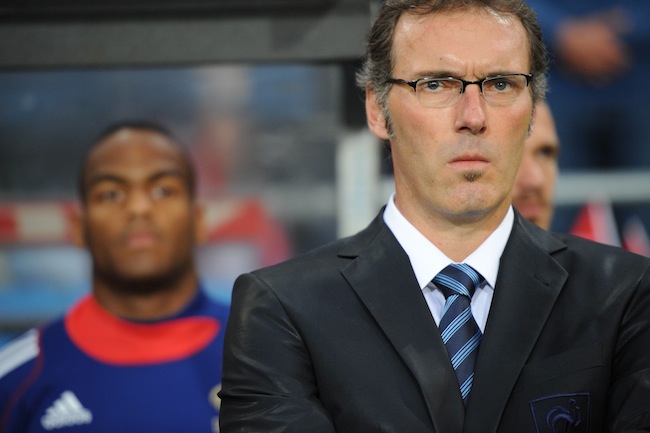 “Some of my best, er, players are black… he’s behind me, isn’t he” – France gaffer Laurent Blanc denies racist quotas accusation

Francois Blaquart has been suspended from his post as technical director of the French Football Federation following shocking allegations about alleged quotas limiting the presence of non-white players in France’s national team.

French website Mediapart alleged plans were made at an FFF meeting last November to limit the numbers of black players and those of north African origin entering national training centres and academies at the age of 12. Mediapart has also published an alleged transcript of part of the meeting.

France head coach Laurent Blanc, Under-21 head coach Erick Mombaerts and Blaquart were all said to have attended the meeting.

Blanc denied the claims, but if Blaquart’s suspension is a sign, then old ‘Larry White’ may also be headed to the guillotine, denial or no denial.

Blanc told L’Equipe today: “This project does not exist. All that, for me, is false.

“It is impossible to put quotas in place in football. If that was put in place, advocating one race above another, I would fall off my chair.”

Of course it’s a shocking allegation, and if it’s true it’s utterly reprehensible, but this is – let’s not beat around the bush – the French we’re talking about. The French. Ahem. Anyway, watch zis space.