Not that it’s anything new, but a small group of Bayern Munich ultras unfurled a huge banner protesting the club’s recent signing of Manuel Neuer from despised rivals Schalke as the young ‘keeper lined up in Die Roten colours for the first time before a pre-season friendly game in Northern Italy… 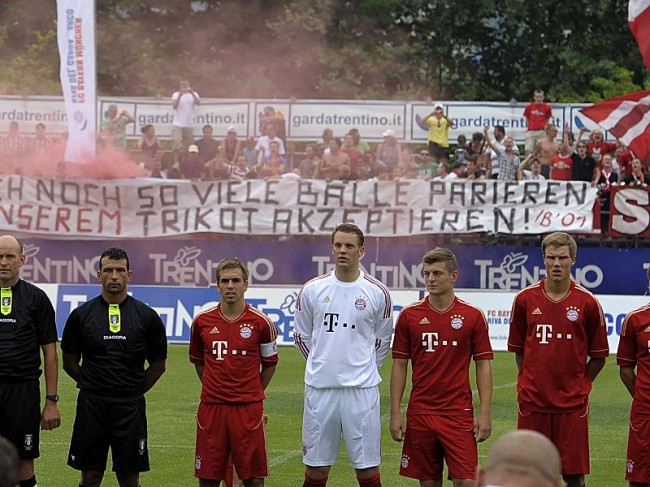 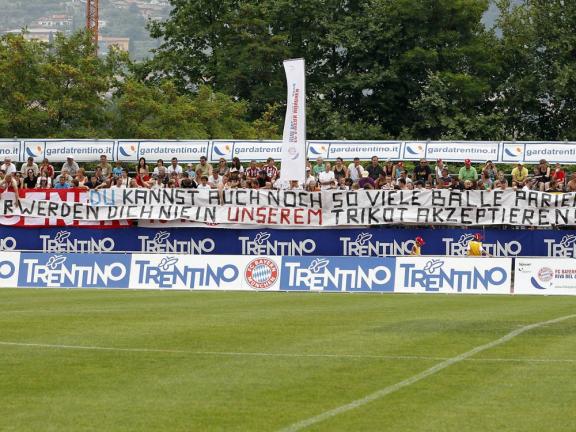 My German is admittedly ropey at the best of times, but I think the translation is something amounting to: “No matter how many balls you save, we will never accept you in our shirt.”

Bayern have already acted vis-a-vis the incident in Italy, ensuring that the handful of supporters involved have all been listed as ‘persona non grata’ by the club, and as such will not be allowed to attend any future matches.

Maybe I’m missing something, but isn’t the fact that these large-scale fan protests over Neuer’s move have been going on for months and months all just depressingly petty?