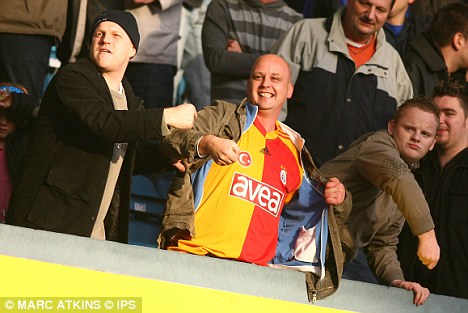 Millwall have promised to punish the brainless idiot who taunted Leeds United fans by wearing a Galatasaray shirt and making stabbing motions (he wasn’t the only one) on Saturday during their League One encounter at the New Den (the Lions won 2-1).

The incident was an obvious – and disgusting – reference to the tragic death of two Leeds fans who were stabbed to death before their side’s UEFA Cup semi-final against the Turks in 2000.

Millwall chief executive Andy Ambler told the Sun: “Another fan was ejected and arrested for waving a Turkish flag… We didn’t see the man wearing the Galatasaray shirt, but we will try to identify him from CCTV and photographs and if we do, he will be banned.”