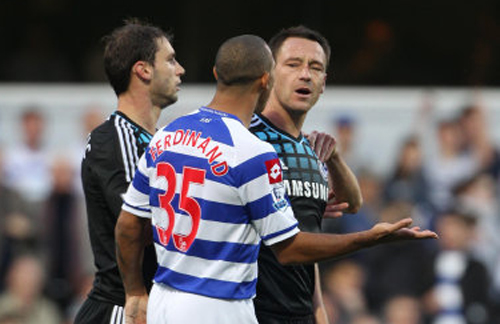 Whether or not John Terry is guilty of racially abusing Anton Ferdinand, the issue of racism is still present in football, albeit at a thankfully far lower level (in the UK) than in years gone by.

Now the Daily Mail, purveyor of “common sense”, has waded into the debate, courtesy of a piece by Steve Doughty. Please read it, I urge you.

Doughty seems to think that black players should be thankful for the huge strides made in tacking racism in the game and therefore, just shut up and deal with what little racism remains as there are “worse things to complain about”.

One imagines that, back in the 1980s, Doughty would have similarly told black players to suck it up and deal with the racism they were receiving as at least they were now free/allowed to vote/sit at the front of the bus, etc, etc.