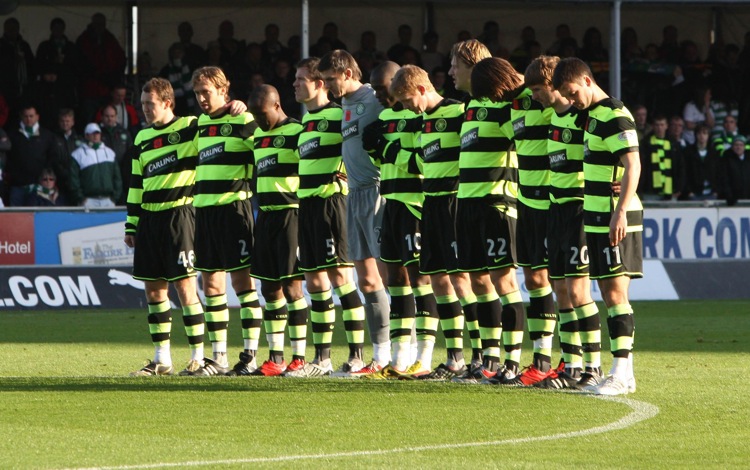 Disgraceful show by some Celtic fans at Falkirk on Sunday. A small section of the club’s more sectarian support chanted Republican songs outside the Falkirk Stadium, DURING a minute’s silence for Remembrance Sunday. Looks like Bill Hicks was right about the whole ‘virus with shoes’ thing.

Sky Sports have since admitted that they muted the sound to avoid causing offence to viewers. A Sky source said:

“Our sound technicians at all the games we cover have the ability to mute any chants or songs which could cause offence. That was clearly the case here – although the silence was observed by the vast majority of all the fans inside the ground.”

But this is what you should have heard:

Unbelievably crass behaviour. These f**kbrains have no place in football. I should add, the majority of Celtic fans did observe the silence.