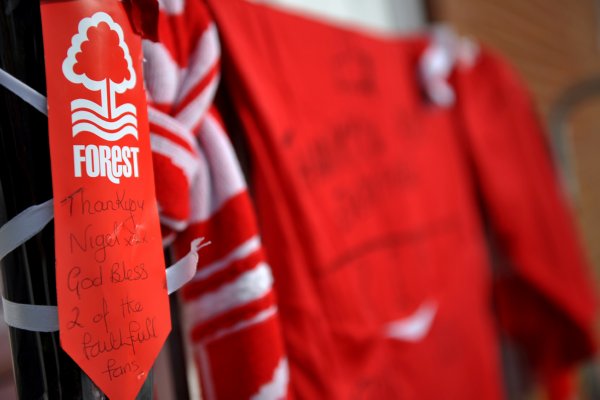 Early on Saturday morning Nottingham Forest owner and former chairman Nigel Doughty was found dead, aged 54, in the gym at his home in Lincolnshire.

A Forest fan from birth, Doughty saved the club – and I don’t use that term flippantly – from being reduced to it’s component parts and being flogged off to the highest bidders when he bought his football team using nigh-on £11 million of his own personal wealth back in 1999.

A dyed-in-the-wool Red’n, Doughty took on the mantle already well versed in just how Sisyphean it is to be a Forest fan and already well aware of just how thankless the task of appeasing a fanbase still trying (and largely failing) to get to grips with the yawning discrepancy between the club’s means, the club’s once-proud past and the club’s bloated sense of self-entitlement really was/is.

Like almost all football club owners, Doughty had his foibles. He was divisive, made outwardly baffling executive decisions on occasion and was perhaps guilty of the biggest ownership sin possible in the average fan’s blinkered canon – a heinous reluctance to spend every penny he owned.

For this, he received repeated barrages of utterly moronic abuse and staged protests from some sections. The fact that he had already shovelled £100 million of his own money into preserving a tentative veneer of competitiveness at the club somehow falling completely by the wayside. All he wanted was to bankroll Forest back to the Premier League.

Doughty may have made costly mistakes, but he always acted with best intentions. To take recent developments as an example; while still fulfilling the role of chairman, he sacked Billy Davies (who had the club over-achieving in the Championship by reaching the play-offs for two years straight but also complained incessantly about a lack of board backing for his entire tenure) and replaced him with the altogether more passive Steve McLaren. A big name.

It didn’t work. McLaren failed to take root, the body rejected the head and the former England manager was paid handsomely to leave just 112 days later. It was a resounding botch and Doughty took full responsibility – resigning as chairman by way of penance in October of last year. However, he also he made a point of declaring that he would continue to fulfil his financial obligations to the club. No pissy ‘I’m taking my ball home’ tantrums. Who would that have benefited?

Everything he did, he felt was right for Forest. You simply can’t knock that.