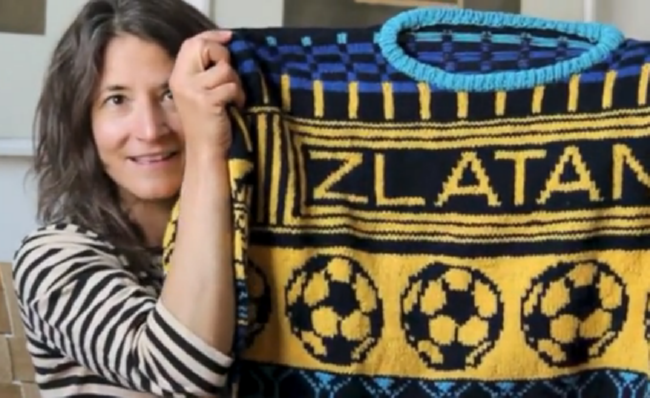 As men, we know it’s far too early to be thinking about soddin’ Chrimbo but you’ll have to understand that our hand has been forced here by the greatest sweater ever committed to wool: The Zlatan Sweater.

American artist Lisa Anne Auerbach is currently exhibiting her sweater-based art in the Swedish city of Malmo which fans of elemental Swedish power leviathans will know is the hometown of ‘he who shall not be named’: namely, Zlatan Ibrahimovic.

A truly heroic employee at the Malmo Konsthall gallery specifically requested that Lisa produce a woolen homage to Zlatan and, despite not having the foggiest clue who he was, Lisa obliged – and lo, the Zlatan Sweater was forged twixt the knitting needles of Mount Doom…

As far as we know, The Zlatan Sweater is not actually available to purchase, but you could always nick it.

(Spotted on Dirty Tackle by @Owlimow)