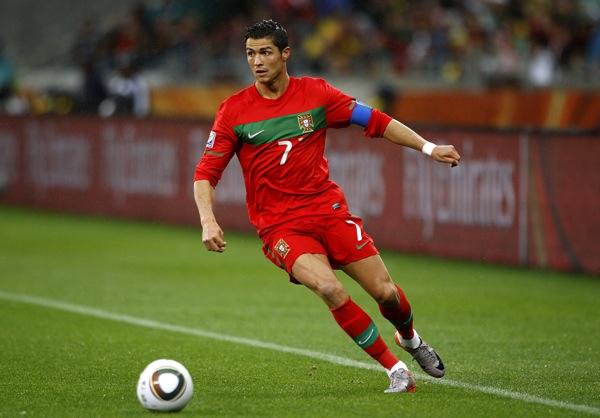 Do I have to do everything around here?

Ronaldo had a crap World Cup. Ronaldo’s a smug bastard. Ronaldo did a wink once and it was bad.

Yes, all true. But Cristiano Ronaldo is also an example to us all, showing us what we’ll never be: he’s comfortable in his own skin to the point that he no longer needs much human interaction. Some people might withdraw from society because they don’t have the personal skills or the qualities to keep their head above water, emotionally or financially. Ronaldo has let us go because he’s decided we’re simply not necessary for his happiness.

One of the criticisms he had at Real Madrid last year was that he didn’t pass much, that he was determined to do it himself. Who was there to pass to? Raul, an undroppable old shithouse that not even Spurs want. Kaka, a semi-fit God loon. Benzema, a man who had such a poor first season that even Manchester United could now conceivably afford him. What would be the point in involving any of them?

The same kind of thing was said about him in his final season at United. But you can make the same points. He started injured, came into a flailing team and ignored everyone but Wayne Rooney. It got them the title. Had there not been an early goal, and had Ferguson not submitted to tactical squeaky bum time and shit himself, they might have stood a vague chance of retaining the Champions League too. Look at United last year, dreadful but for Wayne Rooney and the Christ-bettering Patrice Evra. Ronaldo’s not selfish, he’s just a year ahead of us all. Better than all this, he cried with happiness at John Terry suffering in the Champions League final. 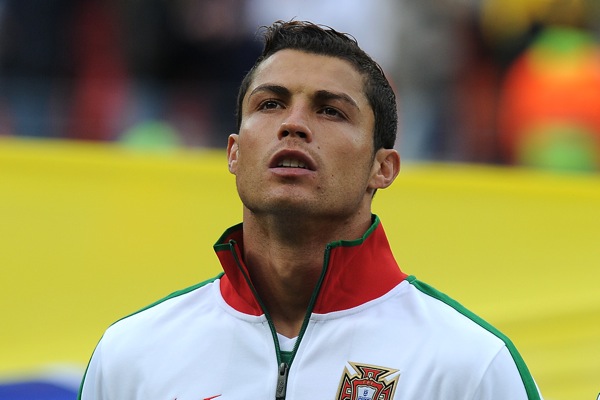 At the World Cup, people say Ronaldo was not as dominant as he was in European football. No, he wasn’t. But Lionel Messi played with Kun Aguero, Carlos Tevez and Gabriel Milito. I know he also played with wannabe Scouser (is there anything lower?) Gabriel Heinze, but he was with some fine players. And he failed. Ronaldo was stranded on the right wing for most games, managed by ineptitude’s very own Carlos Queiroz. This manager has spent his career emphatically demonstrating he is a consistently brilliant assistant – he gave Rio Ferdinand a functioning brain for a couple of years – but he’s the least deserving number one since someone pissed on James Corden when he was on fire. Ronaldo played with Miereles, an FC Porto lumberer, and renowned thinker Hugo Almeida as his football sounding board. No wonder he looked like he couldn’t be arsed with the rest of them. He probably couldn’t.

My argument here is less to do with football, but it looks like Ronaldo’s paid a surrogate mother to have his kid. Given how much heartache the average person endures for his life – about 50 bottles of whiskey’s worth – he’s taken a far more sensible decision. Child? Yes. Interaction and Freudian nightmare of a family? No thanks! His confidence that the rest of humanity is so clearly unable to even function in their most animalistic ways – bringing up their young – betrays an outlook on life I can really get behind.

If you still think I’m talking guff, try this:

Think of twelve people at work you actually trust to do their job properly.

Take a look to the left – surly clown.

Take a look to the right – borderline illiterate.

Look at your line manager – barely understands his own job.

This is what Ronaldo’s worked out already. But Ronaldo trains six hours a day and is leaner than a plastination model. He genuinely tries to be the best player he can ever be. Do you try to be the best office worker you can be? No. See – Ronaldo is better than you.