We’re all football nerds now. If you didn’t know that the way to stifle a diamond midfield was to exert pressure on the opposition full-backs whilst simultaneously using a False nine to harass the opposition’s deep-lying playmaker… well, you’re not a true football fan.

It seems that the prevailing mood is, if you’re not aware of tactics you are a football pleb. 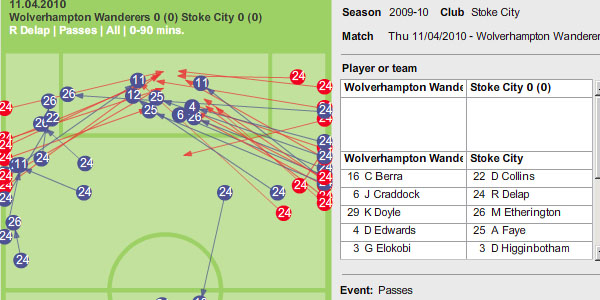 Sometimes when I watch football, I see only a chalkboard – a little blue dot on the screen each time Darren Fletcher intercepts the ball. Many of us were shocked and appalled when Roy Hodgson ditched Liverpool’s progressive 4-2-3-1 in favour of a prehistoric 4-4-2. What a dinosaur, Woy. Everyone knows Liverpool need a player in the hole; it is how Fernando Torres thrives. All he has done however is moved the wingers back 15 yards or so, and a midfielder forward 15 yards or so. We all knew it would fail, we were on to it. This grand old man of football, with some 35 years of experience, was clearly a fool. The growing flocks of football nerds up and down the shores of Albion knew exactly what would happen to Liverpool. If only Roy had listened…

But I have come to realise that most of us know nothing (Wilson, ZM and co. are notable exceptions). We have merely embraced a trend. I think we need to cool off, put the pencil and paper down, switch off the Belarusian football network, dsiconnect the illegal internet stream of the Copa America, and pour ourselves a massive drink. Now think of Cristiano Ronaldo. He is a fine example of what makes watching football fun. Ronaldo, Bale, Taarabt, Ibrahimovic, Arshavin… I am well aware none of them are as tactically astute as Javier Zanetti, nor do they track back as much as Dirk Kuyt, but their sheer inconsistency and occasional touch of maverick brilliance is not only entertaining, it’s what makes football the sport that it is. We’re not gridiron fans, damnit.

List your current three favorite teams to watch in the Premier League at the moment. You said Arsenal, Tottenham Hotspur and Blackpool, right? They are by far the most entertaining and attack-minded teams, and with the greatest respect to their managers, it is refreshing to see that they couldn’t give a toss (relative to the likes of Roberto Mancini and the gone-but-never-forgotten Big Sam) about the tactical virtues of a dedicated ball-winner in the centre of the park (amongst other things). Arsenal’s midfield three is a joy to watch, but would that be the case if Alex Song sat in a disciplined role in front of the back four distributing the ball to his more illustrious team-mates, a la Claude Makelele? Would Tottenham be where they are now if they inverted their wingers and stuck both Palacios and Sandro in the middle of the park? Would Blackpool be the loveable rogues that we know and love if, in his Westcountry wisdom, Ian Holloway decided that the best traits for a team tipped with certainty for relegation was to “Get narrow at the back and hit ’em on the break”? The answer is no, they wouldn’t.

At the opposite end of the spectrum you need look no further than Jose Mourinho’s unprecedented accomplishments at Inter last season. Mourinho was the most entertaining feature of that team. We may celebrate his achievement of turning mercurial Samuel Eto’o into a workhorse winger, but that feeling was tinged with sadness. We don’t want these great players tracking back, we want absurd backheels and tantrums.

As important as tactics are (vital really), we all know in our football-shaped hearts that the best part of the sport is watching a dazzling, spontaneous attack unfold before our eyes. Telling the grandkids about the time you witnessed the greatest display of catenaccio there has ever been will not impress them; telling them that you witnessed Guardiola’s legendary Barcelona team humble Real Madrid 5-0 will.