As the start of the 2011/12 season draws ever nearer, anticipation among fans rises to a ‘peripherally aware, but infinitely more interested in the transfer window’ stage – and, as ever, there are a number of questions begging to be answered.

How will Andres Villas Boas fare in his debut season? Can Manchester City adapt to life without Carlos Tevez? Will Alex McLeish be able to turn those sceptical Villa fans around? And, most importantly, just how will European teams cope on a rainy Thursday night at the Britannia Stadium?

Pies have already stuck their neck out with their ten fearless predictions for 2011/12, now I’m here to offer some more, slightly curve-ball premonitions for what promises to be one of the most exciting top flight seasons ever – especially now QPR are back! Yaaay! 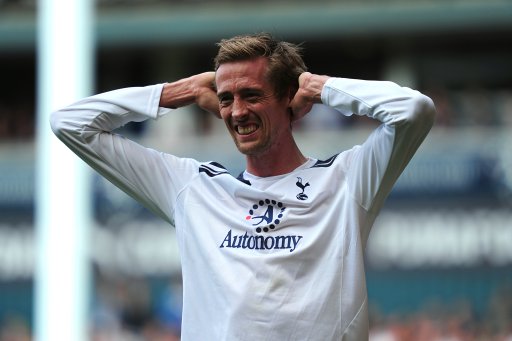 1. “For a big man, he has great feet” – Most likely to be applied when Andy Carroll makes a successful 5 yard lay off but will also be used when Peter Crouch is playing, despite zero evidence to back the statement up. In fact, I would suggest Crouch has the ball skills you would come to expect from a 6ft 7 player- complete rubbish!

2. “Owen Coyle really has got Bolton playing some great football” – Really? Because every time I watch them it seems to consist of getting the ball up to Kevin Davies as quickly as possible. Still, the eternal word of Sky Sports must be correct. I don’t know what I am watching half the time.

3. “They are a breath of fresh air” – Will inevitably be down on last year’s average of 21 utterances every weekend now Ian Holloway’s awesomely naive gung-ho Blackpool side have exited the division, but feel free to apply to any/all of Norwich, QPR or Swansea.

4. “All doesn’t seem right in that Manchester City dressing room” – Sure, sure. How will they ever win a trop…..oh wait. They did.

5. “They are hardworking, in your face and are completely within their rights to use it” –  Referring to Rory Delap’s gibbonish long throw. No no no no no, no. I don’t care if Stoke don’t have very many good ball players. Please do not justify this brand of football.

It is horrible to watch and it is not the way the sport should be played. It is everything that is wrong with the English footballing mentality. And breathe… 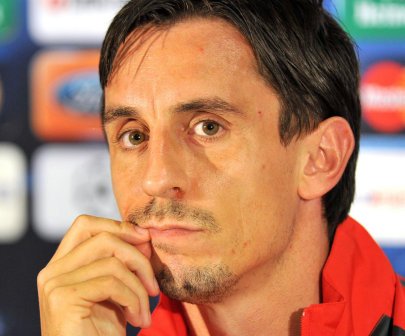 1. We will hear the name ‘Shefki Kuqi’ again? Like Newcastle last year, will someone take another (completely wrong-headed) punt? Does this guy not know how to retire?

2. Villas Boas will be compared to a certain Portuguese swoon-cake in some way during every single one of Chelsea’s games this season.

3. The TV repair business will boom as about 3 million sets are handed in – each with the explanation that seeing Gary Neville’s face on Sky Sports led to an uncontrollable epileptic punching fit. The boom in the business will help to solve the economic crisis and Gary Neville will undoubtedly receive a knighthood for getting the country back on its feet.

See, God has a plan for everything.

4. David Silva will consistently make 10 yard passes so beautiful to watch that this little playmaker will become the benchmark for works of art. The Tate Modern will be turned on its head.

5. Fulham will finish mid-table. Hang your hat on it. 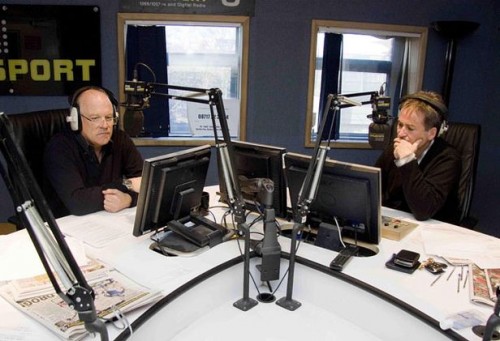 Five things that will definitely not happen…

1. Tony Hibbert will look Premier League standard at some point.

3. Comrade Nev will also sprout a fully formed Magnum PI ‘tache and a set of monstrous Noddy Holder mutton chops to go with it.

4. A journalist will have one bad word to say about ‘Arry and/or Spurs.

5. Someone with an IQ higher than 80 will call in to talkSPORT. 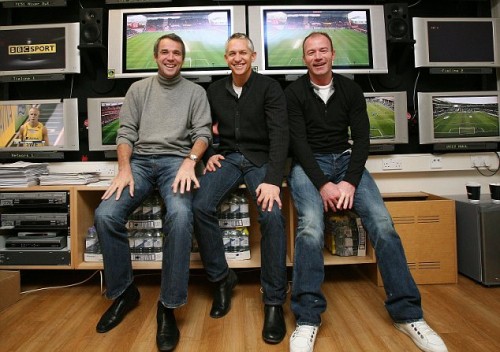 Gents, your trousers are so tight we can see your kidneys

1. We will reach the 14th Match Of The Day of the season before the ridiculously tight trousers of Shearer/Hansen/Lawro finally form a fully fledged ‘percentage sign’ around the crotch area.

2. 99% – the percentage of the Manchester United contingent who will get confused and celebrate Norwich City scoring a winner at Old Trafford. The 1% of people not fooled being Wayne Rooney, who is too busy eating the crayons from his new colouring-in book.

3. One cameraman in the 38(plus) games Everton will play this season will confuse mathematicians and scientists alike and finally find that previously undiscovered angle where Jermaine Beckford’s arms look in proportion to the rest of his body.

4. At one point this season, each blade of grass will be perfectly aligned, each shoe lace will be tied with precision, air resistance will be suitably measured, atoms will collide, and the world will stand still when Christian Poulsen of Liverpool finally makes a successful pass to a fellow red shirt.

That’s all she wrote. I guess all that’s left to say is good luck to all the clubs and fans for the new season!

Christopher writes for The Daisy Cutter and is currently studying for a degree in Journalism – good luck with that old/young bean!

Fancy penning an article for Pies? We’re always happy to give submissions the once-over, just send them to us at waatpies@gmail.com.