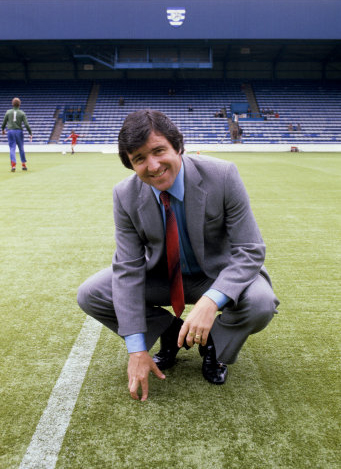 Anyone of a certain vintage will remain those infamous astro-turf pitches at Loftus Road and Kenilworth Road in the 1980’s. Back then, the hard, rubbery synthetic surfaces had more in common with concrete than natural grass, with the ball bouncing higher than Per Mertesacker sitting on Peter Crouch’s shoulders while he jumps on a trampoline.

Ultimately the pitches were themselves ripped up, with Preston North End’s artificial Deepdale surface the last to go in 1994, as traditionalists won the day and the grass returned.

However, following a meeting of clubs in Derby on this week, the Football League has decided to unveil a public consultation on the possibility of re-introducing plastic pitches, which will run until April.

“There is a lot of positive feeling, not so much that everyone wants one (an artificial pitch) but there has been a definite drop in opposition to them.”

The Football League members meet again at their summer conference at the end of May, when they will analyse the findings of the consultation and potentially move forward with the project.

With so many pitches turned into waterlogged mudbaths every winter, and with astro-turf technology having moved well beyond those unrealistic 80’s plastic catastrophies, surely the time has come to give them another go? Also, with maintenance much lower for artifical pitches, it does makes economic sense.

Oh, that photo of Terry Venables reminded me, the former England boss once co-wrote a football-based novel called “They Use To Play On Grass”. It’s not very good, mind.