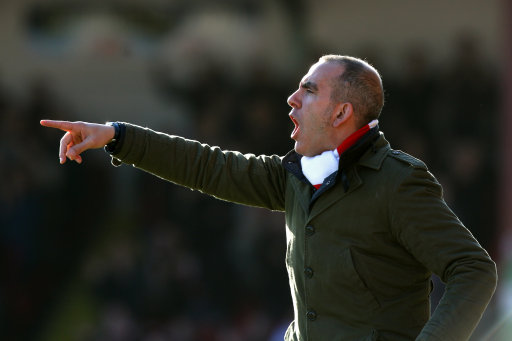 If ever there was a man in English football who lived up to the description ‘a colourful character’, it’s Paulo Di Canio (yes, and Mario Balotelli, as well). The Swindon boss certainly wears his heart on his sleeve and is a true believer in the ‘honesty is the best policy’ theory. However, for poor old Leyton Orient striker Jonathan Tehoue, currently on loan at the Robins, the truth will certainly hurt.

Speaking to BBC Wiltshire, Di Canio explained that Tehoue was no longer in his plans. However, rather than sugar-coat his decision to overlook the French striker, Di Canio instead channelled Jim Carrey’s character in Liar Liar and simply had to tell the truth. He said:

“It’s a technical decision. He’s not as good as I thought he was. It is nearly impossible he will see the football pitch at Swindon.”

“My main players give me 110 per cent because they’ve suffered with me all season. I have much better players than him in the way I want them to play and behave.”

Ouch. I guess Tehoue can go one of two ways – take Di Canio’s analysis to heart and crumble, or vow to prove the Italian wrong and go on to bigger and better things. Who said being a footballer was easy?