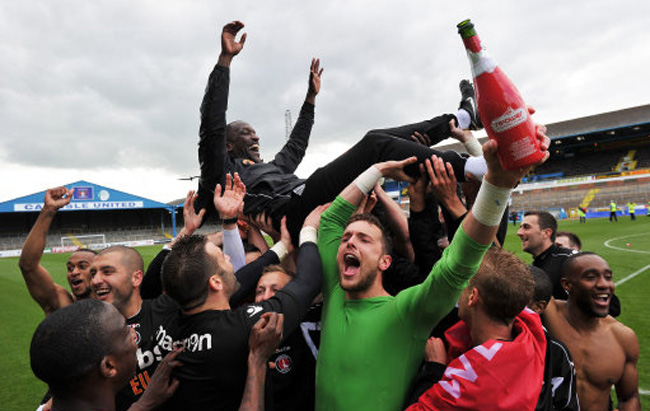 Once a pretty decent Premier League outfit, Charlton Athletic have struggled in recent years, dropping all the way down to League One. However, with Addicks legend Chris Powell in charge, the south London side have blossomed in the third tier of English football this season and, courtesy of a 1-0 win away at Carlisle on Saturday, can now look forward to Championship football next season.

The in-form Bradley Wright-Phillips was the goal-hero for Charlton at Brunton Park, netting late on to secure the points for the visitors. The Addicks are now six points clear at the top with just three games to go.

Congratulations to the thoroughly likeable Powell and his players.