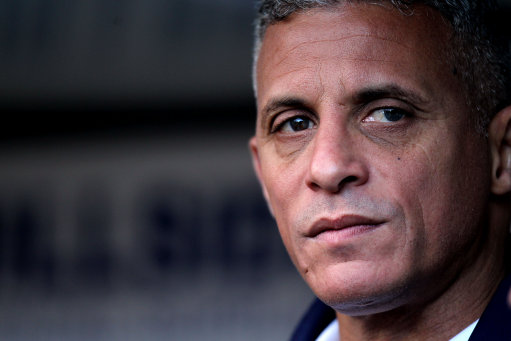 Anybody who can remember Carlisle boss Keith Curle during his playing days (*shudder*) will probably not be all that surprised to learn he’s not really the type of manager to pull punches and mince his words.

Indeed, while discussing the return to training of previously sidelined midfield duo Alex Marrow and Danny Kearns in a brief chat with the club’s website, Curle demonstrated his no-nonsense approach to man-management…and brutally so.

Now, before we go on, you may be labouring under the illusion that having two players returning to bolster his squad would be greeted as a positive thing.

Not so, as Curle stoically explains in the article posted on Carlisle’s club site this morning:

“Alex Marrow is back with us after his sick note period expired.

“We’re going through a process of finding the best way for him to leave the club which is financially beneficial to both parties.

Fortunately for Alex, while he is here, and doesn’t want to be here, he still gets paid.

Unfortunately for me while Alex is here, and doesn’t want to be here, I’ve still got to pay him.

“I’ve asked Alex to leave and not take the money he’s owed – that has been my negotiating strategy. We’ve obviously hit a stumbling block on that.

“In the short term, the beauty of what we’ve got with working for a very honourable football club is that we will continue to pay Alex for his services, even though he doesn’t want to be here.”

Ouch. Tell us how you really feel, Keith!

It’s not like Danny Kearns escaped without having a strip torn off either, with Curle continuing:

“The situation with him wasn’t one where I asked him to go away for his (winter) break.”

“To be completely honest, Danny wasn’t happy, but I wasn’t either. When you have two unhappy people you usually find there needs to be a separation.

“He’s not in my thoughts for the weekend because he isn’t fit.”

This, just to remind you, is an informal interview issued on the club’s official website.

Honest, and refreshingly so. Too many players get an easy ride these days – which probably means Curle will be sacked by this time next week.