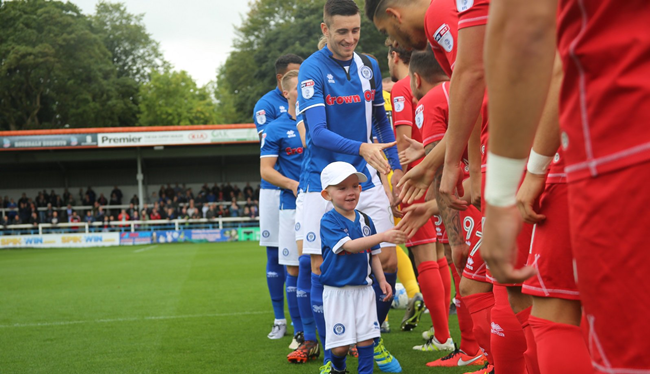 Not only did five-year-old Rochdale fan Joshua McCormack find his way onto Dale’s teamsheet for their midweek EFL Trophy fixture, but now he’s also been named as the Football League’s honorary Player of the Month.

The youngster, who suffers from a terminal brain tumour, was named as a substitute in Rochdale’s 2-1 win over Hartlepool United on Wednesday evening.

While he was sadly too poorly to attend the game, the Rochdale players hung his No.55 shirt up in the dressing room before kick-off and then celebrated with the shirt after the final whistle…

The day after the game, manager Keith Hill and the entire team went to meet their new teammate…

Indeed, the EFL were also so touched by Joshua’s that they’ve gone and named him as their honorary Player of the Month:

As a result of the impact Joshua’s inclusion in the squad has had and the heartwarming reaction from football fans, the EFL has taken the unprecedented step of naming him as the honorary Player of the Month.

The accolade follows on from the traditional monthly Manager and Player of the Month divisional award winners announced this morning, and will see a special trophy produced and sent to the club for them to pass on to their youngest ever signing.