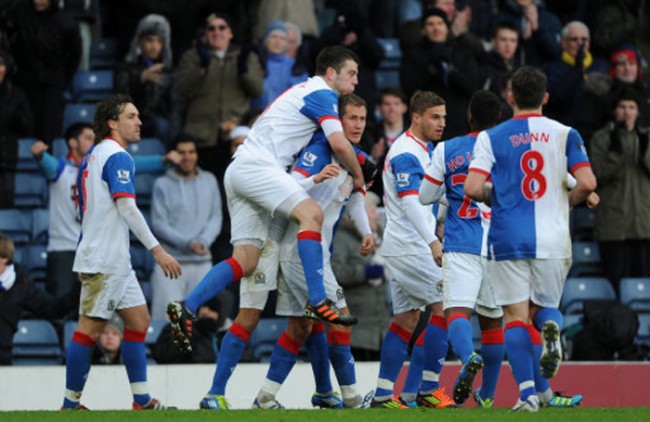 Steve Kean watched his side produce a superb battling performance at Ewood Park on Saturday, a performance which ultimately moved Blackburn out of the relegation zone for the first time since September.

Despite losing the in-form Yakubu for a dreadful challenge on Danny Murphy midway through the first half, and without wantaway skipper Christopher Samba, Rovers battled hard, eventually taking the lead on half-time, courtesy of a Morten Gamst Pedersen free-kick.

Blackburn then made it two in the first minute of the second half, with David Dunn smashing home after David Goodwillie’s shot was blocked by John Arne Riise.

Fulham’s majority possession eventually paid off, with Damien Duff scoring on 56 minutes to get the visitors back into the game. However, Blackburn stood firm and eventually, substitute Mauro Formica made the points safe for Rovers, when he latched on to Steven Nzonzi’s clever lofted pass before firing home.

So Rovers move up to 17th, ahead of 18th place QPR on goal difference while Fulham find themselves in 14th, just six points ahead of Blackburn.