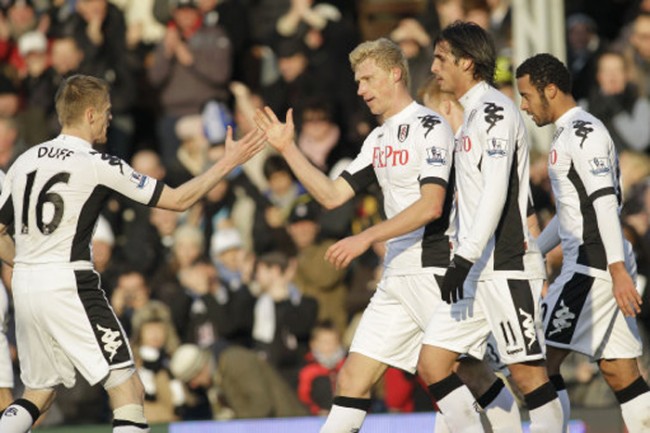 New-boy Pavel Pogrebnyak opened his account for the Cottagers on Saturday against a Stoke City side who are now  desperately in need of a win.

The Potters have now lost four on the bounce in the league and were behind after just 16 minutes at Craven Cottage, when Pogrebnyak controlled a John Arne Riise drive and rocketed the ball past Thomas Sorensen. The visitors struggled to get into the game in the first period and were two goals down just before the half-hour mark, when Clint Dempsey’s superb long-range strike crashed back off the crossbar only to hit the unlucky Sorensen and bounce back into the net.

Tony Pulis’ men started the second-half with far more purpose but the Cottagers stood firm and looked comfortable as the game reached its conclusion. However, with just 12 minutes remaining, Ryan “not that type of player” Shawcross headed home from a Jermaine Pennant corner to set up a nervy finale for Fulham.

However, ultimately, the home side would hold on for a win which sees them leapfrog Stoke into 12th place in the table. The Potters, on the other hand, continue to struggle while Pulis, as usual, was quick to complain about the officials (in relation to a Pogrebnyak challenge on Wilson Palacios which saw no card shown) after the game.