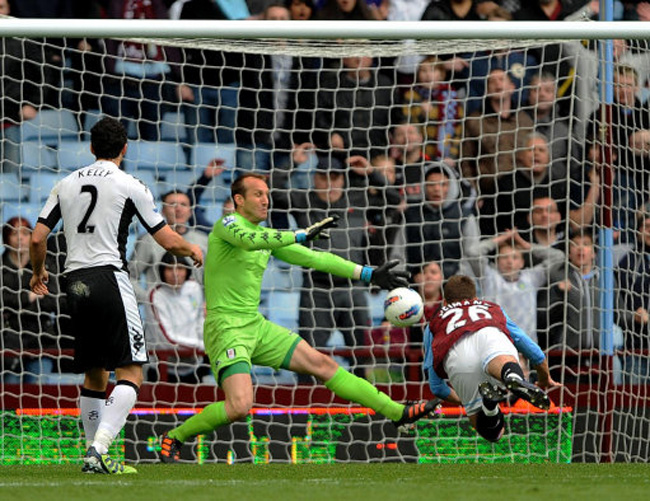 After seven home games without a victory, the atmosphere around Villa Park was a mixture of tension and frustration as the home fans watched their side play out, what looked like, another disappointing draw. However, with just seconds remaining, Austrian striker Andreas Weimann popped up to fire the Villans to a much needed victory.

Alex McLeish was never the most popular of choices for the hot seat at Villa Park, and this season, his brand of entertainment-free football has failed to impressed the Villa faithful. However, to be fair, against Fulham on Saturday, the home side had dominated the first-half, with Gabi Agbonlahor, amongst others,  going close.

After the break, the Cottagers rallied somewhat, but in-form striker Pavel Pogrebnyak failed to find his mojo. Wiry wingman Marc Albrighton hit the woodwork early on in the second-half as did Fulham’s Damien Duff. However, the game looked to be headed for a goalless draw until substitute Weimann pounced after Mark Schwarzer had failed to hold a Gary Gardner shot.

The result, while a positive one for 14th-placed Villa, is unlikely to get McLeish off the hook with the fans, while for Martin Jol’s Fulham, they drop to 10th in the table.