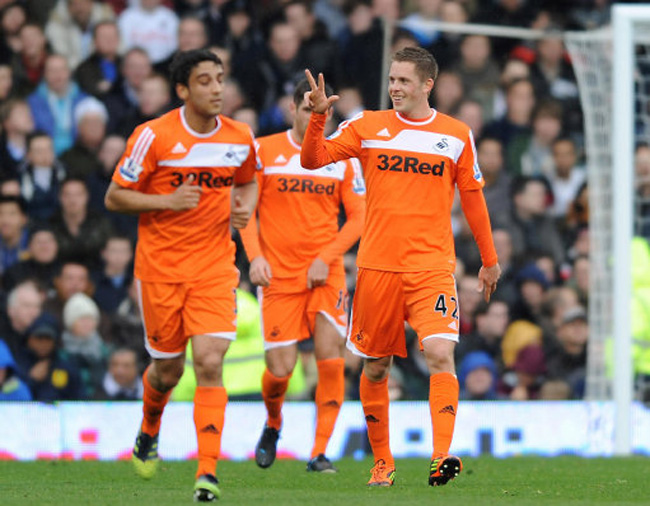 Brendan Rodgers’ Swansea side look to have finally cracked their travel-sickness problem which had affected the Premier League new boys for most of the season. In comfortably beating Fulham 3-0 at Craven Cottage, the Welsh side picked up their third away win in their last four league fixtures on the road.

In truth, the Cottagers were never at the races against a rampant Swansea side, with Icelandic midfielder Gylfi Sigurdsson once again the star of the show. The Hoffenheim loanee netted twice against Fulham, scoring on 36 minutes with a diving header before doubling the Swans’ lead just after the hour mark, courtesy of a tidy finish after good work from Wayne Routledge.

The home side had started the brighter, making Michel Vorm in the Swansea goals work on two occasions early on. But, once the visitors went ahead, the west Londoners failed to put up much of a fight. Joe Allen made it three for Swansea on 77 minutes after a mistake from Phillippe Senderos as the Welsh side climbed to eighth in the table, just three points behind Liverpool. Fulham, on the other hand, stay in 11th place.