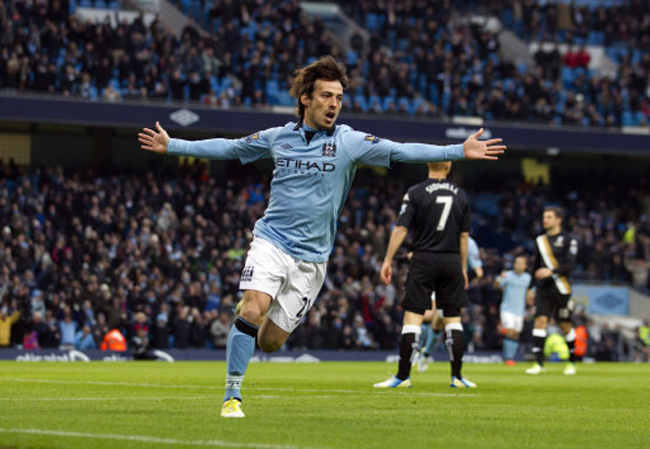 David Silva was the star of the show for Man City on Saturday, with the diminutive Spaniard netting both goals in the Citizens’ comfortable victory against a poor Fulham side.

Silva opened the scoring after just two minutes, following up after Mark Schwarzer could only parry an Edin Dzeko effort. The Spaniard’s second came after the break, with the midfielder finishing with a dinky dink from a Gael Clichy pass after a clever dummy from Carlos Tevez.

However, ultimately, the home side deserved their win, and now go four points behind league-leaders Man Utd, who play tomorrow.

Martin Jol’s Whites, on the other hand, now find themselves six points clear of the drop-zone.