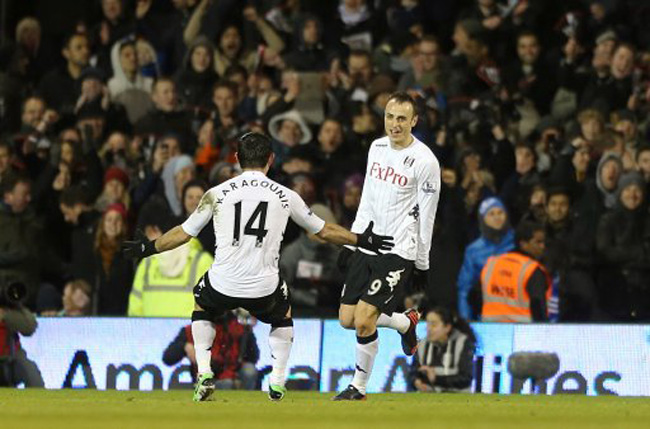 Despite doing their best to battle back from three goals down, Harry Redknapp’s QPR couldn’t quite peg back the Cottagers in an enthralling west London derby.

Fulham’s goals came courtesy of a Dimitar Berbatov brace (one from the penalty spot) and a Clint Hill own-goal, with Christopher Samba at fault for both the Bulgarian’s strikes. However, on the stroke of half-time, Adel Taarabt got one back to give the visitors hope.

Loic Remy then missed a spot-kick early in the second-half before the Frenchman atoned for his miss by scoring to make it 3-2. Fulham even had Steve Sidwell sent off but the Hoops just couldn’t get that vital equaliser.