Lovely weather for ducks. Here’s the round up… 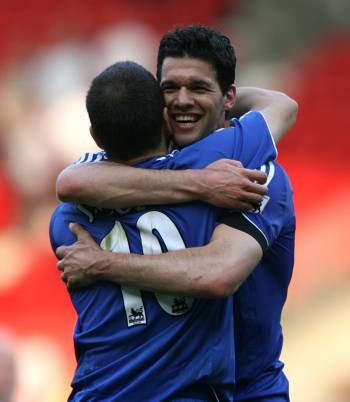 Rumour No. 1: Chelsea are set to release both Joe Cole and Michael Ballack on free transfers after reaching a stalemate with both players, following weeks of contract wrangling.

Cole will now be free to join either Arsenal, Tottenham, Manchester United or Liverpool (depending on which paper you read) and Ballack has emerged as a surprise target for Real Madrid – with newly-installed coach Jose Mourinho eager to reacquaint himself with the experienced German captain for a bargain price.

UPDATE: Chelsea have officially confirmed that both Joe Cole and Michael Ballack will be leaving the club this summer via the official club website. 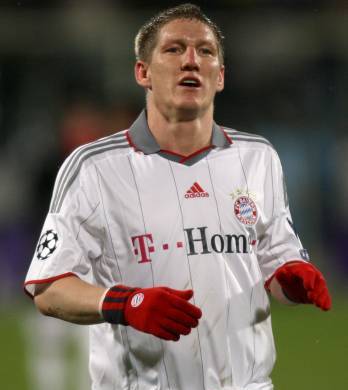 Rumour No. 2: One man who may be arriving at Stamford Bridge over the coming weeks is Bayern Munich’s £25-million-rated midfielder Bastian Schweinsteiger, with manager Carlo Ancelotti reportedly keen to replace Ballack in the Chelsea side with the man who replaced him in the Germany team.

The Best of the Rest: Arsenal are mulling over a £12 million move for Werder Bremen’s tricky midfielder Mesut Ozil.

Panathinaikos are the latest club to be linked with a move for out-of-contract Arsenal defender William Gallas.

Barcelona president Joan Laporta has been quoted as saying he is ‘totally sure’ Cesc Fabregas will be Catalonia-bound this summer.

Brazilian winger Robinho is expected to officially notify Manchester City that he will not be prepared to return to Eastlands whilst current manager Roberto Mancini is still in charge.

After facing the axe at City yesterday, it seems Martin Petrov won’t have much of a problem finding a new club with Aston Villa, Everton, West Ham, Bolton and Stoke all said to be interested in the Bulgarian winger.

Fiorentina have made a £3.5 million bid for Liverpool’s young full-back Emiliano Insua.

The agent of Juventus striker Vincenzo Iaquinta has again claimed that his client is the subject of interest from Tottenham.

Spurs are also being linked with an £8 million move for Ipswich wonderkid, 17-year-old striker Connor Wickham.

West Ham co-owner David Gold has admitted that the club has no plans to re-negotiate ‘keeper Rob Green‘s contract (which expires next season) with the club, leading to speculation that the England stopper is ‘up for grabs’.

The Hammers have had a £2 million bid rejected for Apam Onyekachi and have been told they will have to pay £4 million by the Nigerian defender’s club Nice.

Blackburn and Sunderland are competing for the signing of Stoke outcast Tuncay Sanli.

Blackpool have enquired as to the availability of Wolves’ misfiring forward Sylvan Ebanks-Blake. The 24-year-old striker only managed two goals during the entire 2009/10 season