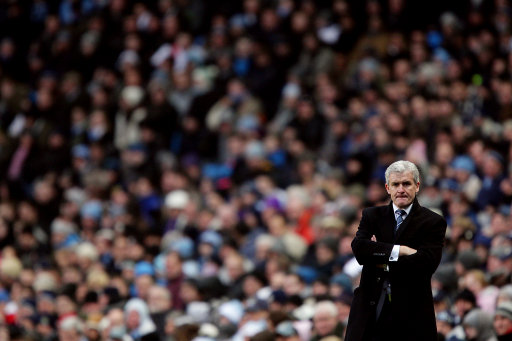 Former Manchester City manager Mark Hughes is all but set to be appointed as the new manager of Fulham, and could be unveiled at Craven Cottage as early as this afternoon after accepting chairman Mohamed Al Fayed‘s contract offer.

Fulham have been manager-less since Roy Hodgson left to take charge at Liverpool at the beginning of July and, despite a brief and ultimately fruitless flirtation with Ajax manager Martin Jol, have taken their time in choosing his successor.

Hughes has been out of work since leaving Eastlands last December after serving only 18 months at the helm.

A Chelsea legend in charge at the Cottage! Whatever next?

Sparky didn’t seem to be many Fulham fans’ first choice appointment, but after Jol lead the club on a merry dance up and down the garden path, it would appear that they are at least getting themselves a manager with a more decisive mindset.

So, the question goes out. Bearing in mind Jol’s apparently rudderless overtures, have Fulham made the right choice in snaffling up Mark Hughes from the unemployed void?