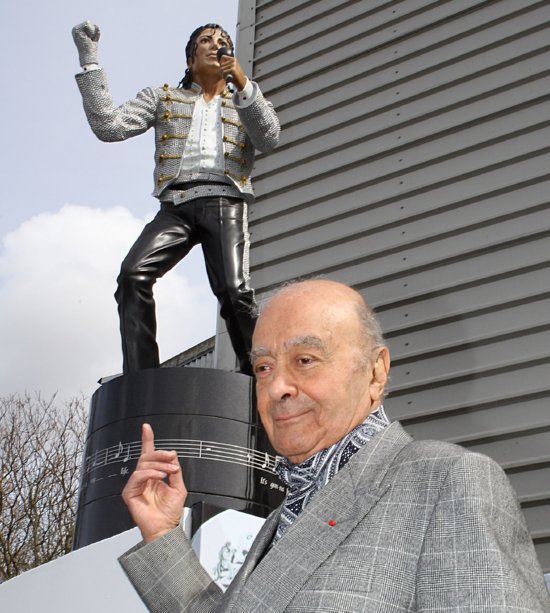 Fulham chairman Mohammed Al Fayed unveiled his latest whimsical folly before the club’s Premier League win over Blackpool yesterday, pulling the blanket from the face of the new Michael Jackson statue that will now sit outside Craven Cottage forever more – or at least until the very second that Mo sells up/pops his clogs.

It’s abundantly clear to anyone with firing synapses that Jackson does not warrant a statue outside any football stadium the world over – and, to make matters even worse, the statue itself is a horribly chintzy, kitsch effort that actually isn’t too far from the ludicrous gold imagining that Pies mocked-up a few weeks ago. 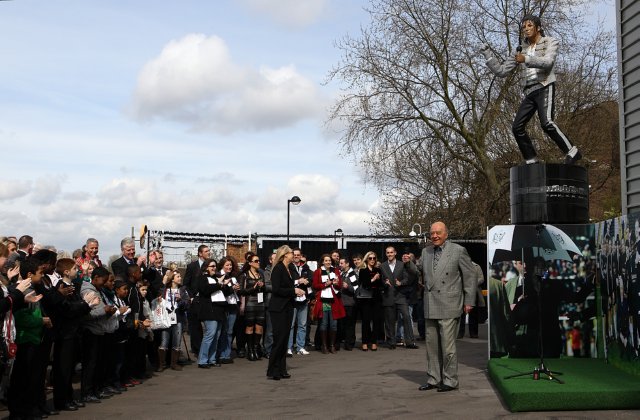 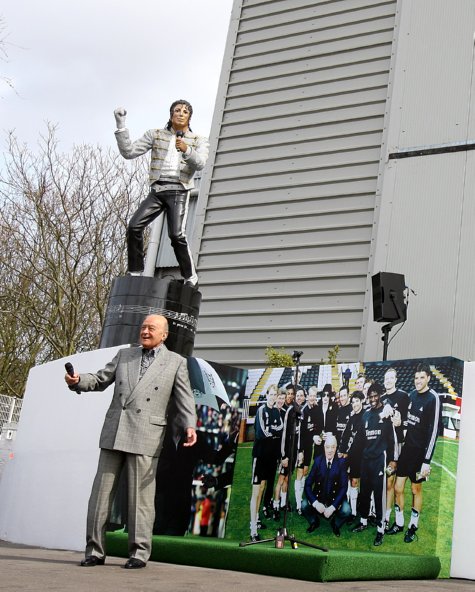 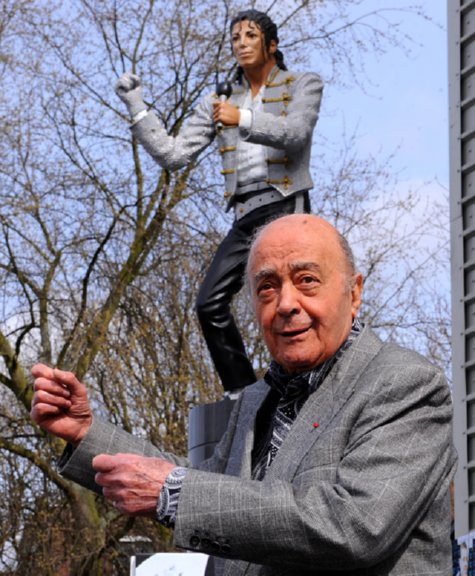 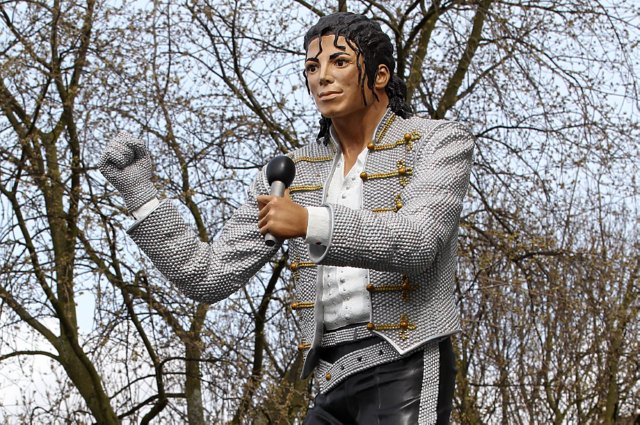 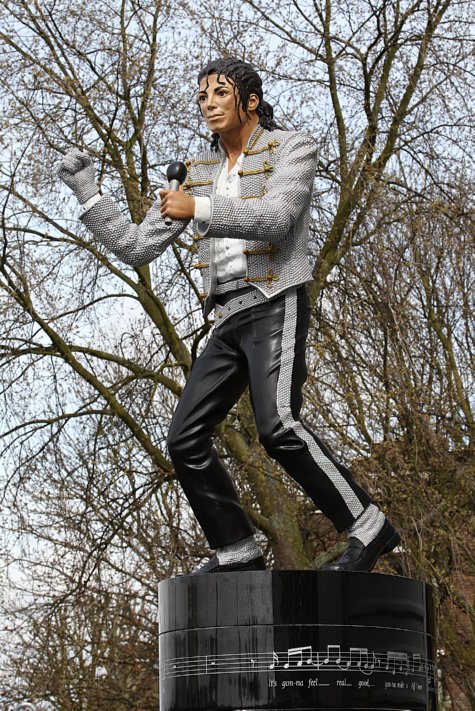 When asked whether or not he thought the statue was a little on the ‘ill-judged’ side, Al Fayed answered abruptly:

“Bizarre? Why is it bizarre? Football fans love it. If some stupid fans don’t understand and appreciate such a gift they can go to hell.

“People will queue to come and visit it from all over the UK and it is something that I and everybody else should be proud of.”

Yeah, good luck with that one Mo.