Decked out in their new, all-white home strip, a near full-strength Fulham team successfully got both their Europa League campaign and their 2011/12 season off to a winning start with a comfortable victory over Nes Soknar Itrottarfelag Runavik at the Cottage last night – with goals from Damien Duff, Danny Murphy and Andy Johnson giving Martin Jol’s side a 3-0 advantage going into the away leg against the Faroese part-timers. 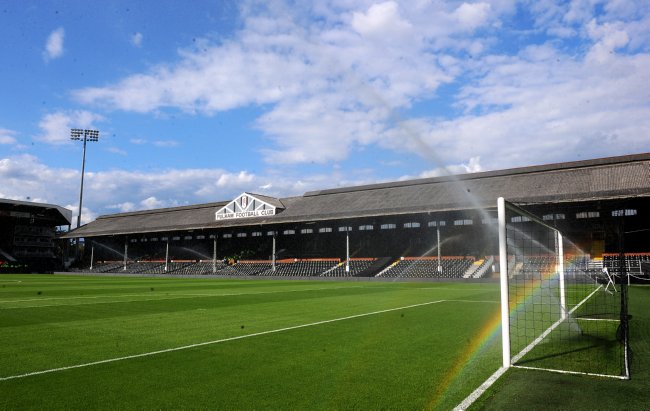 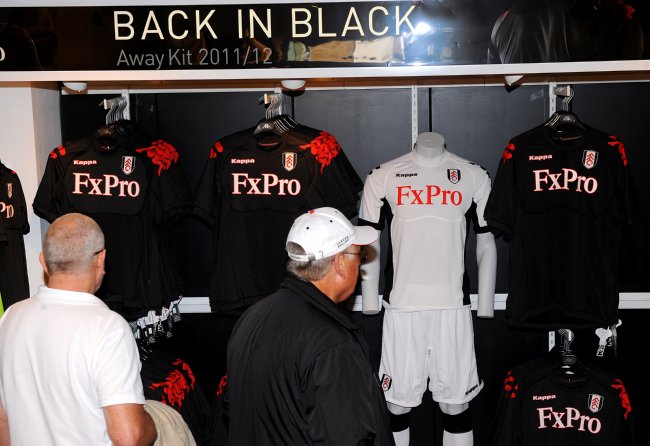 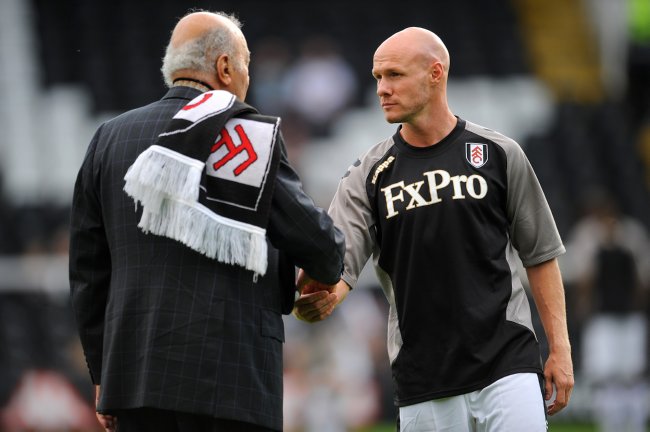 “Hey Mo, could you get me one of those Jacko t-shirts on the cheap?” 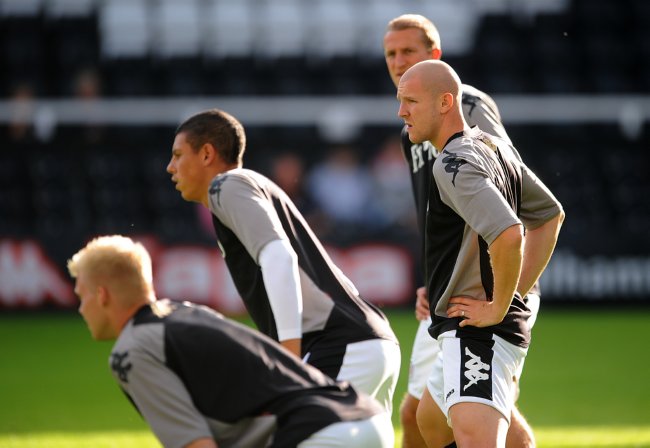 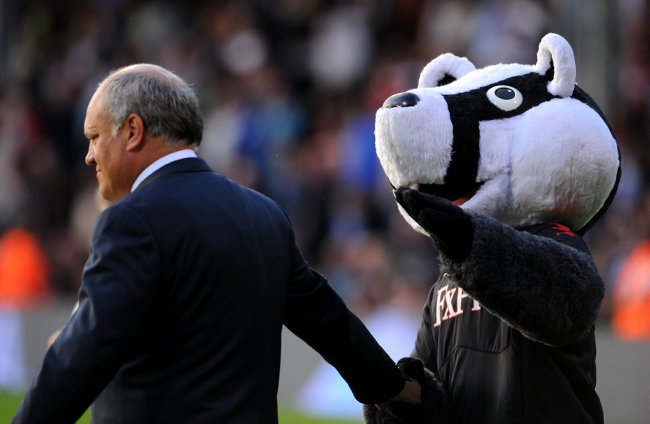 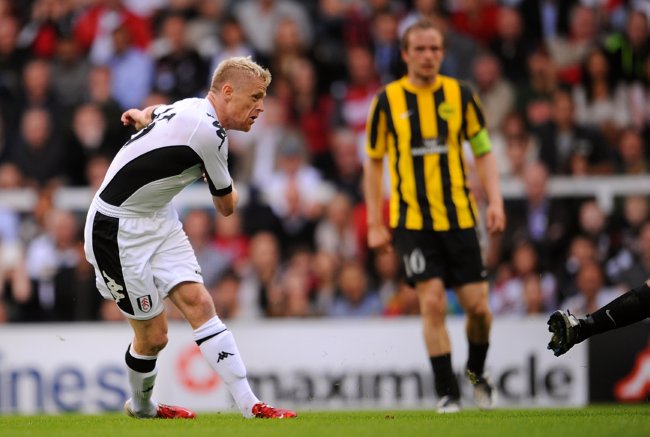 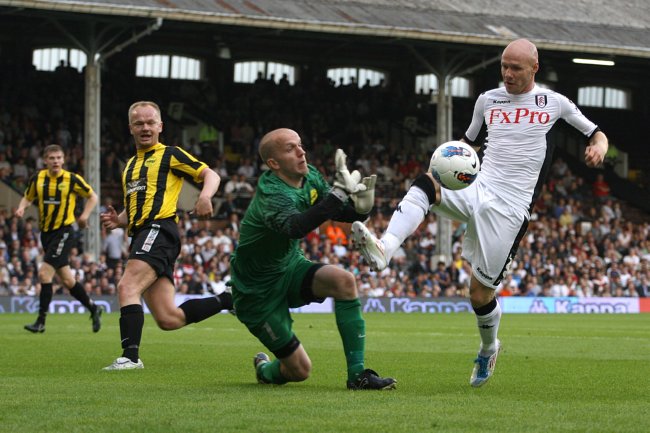 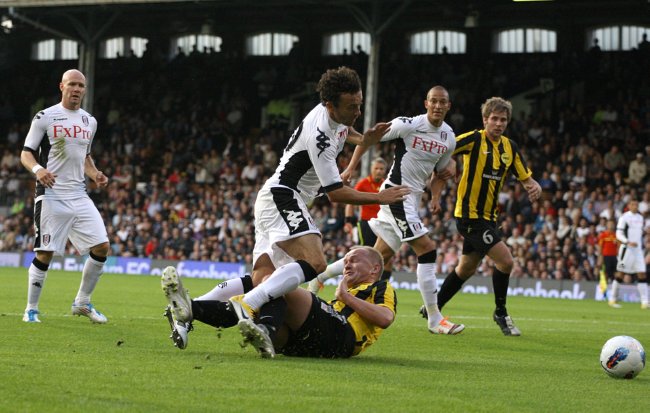 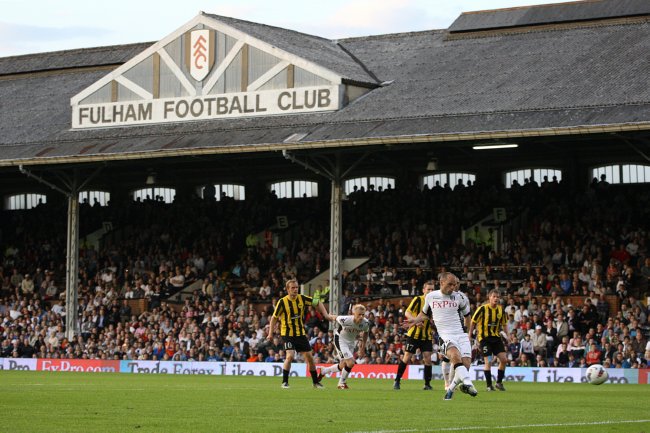 …with Danny Murphy stepping up to convert with minimum fuss 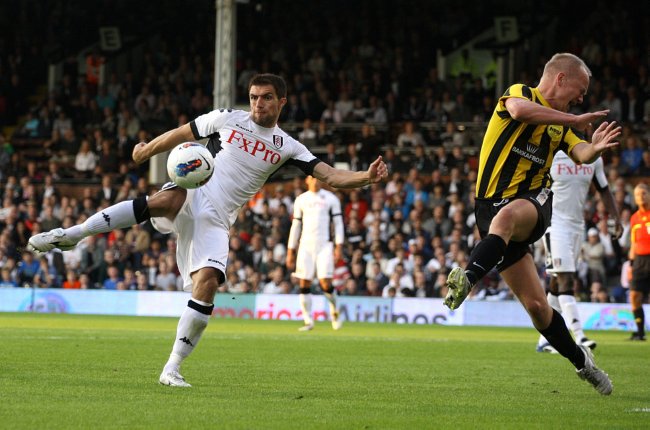 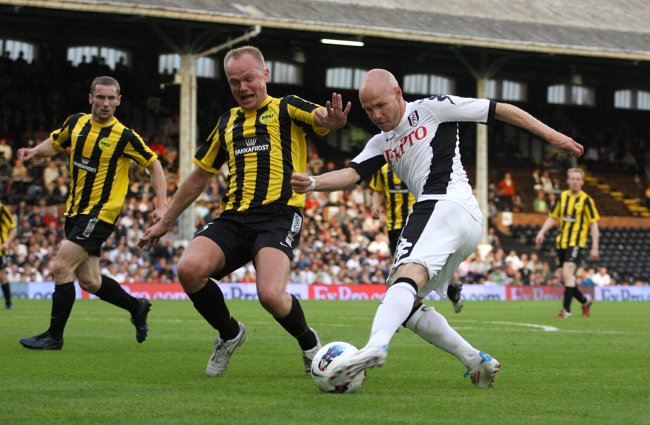 …then flies in to block Andy Johnson’s shot 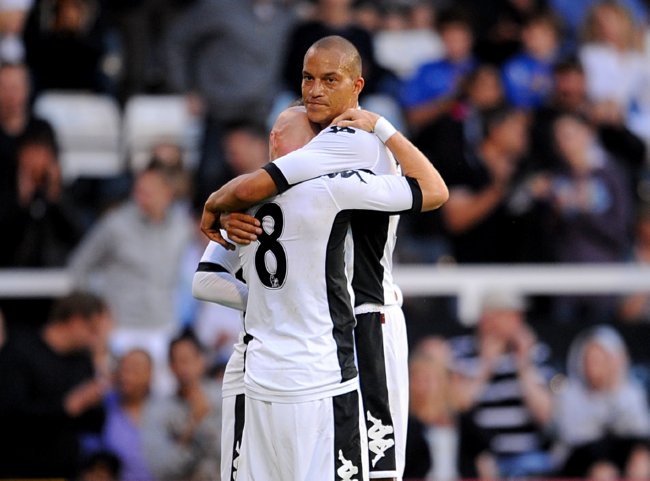 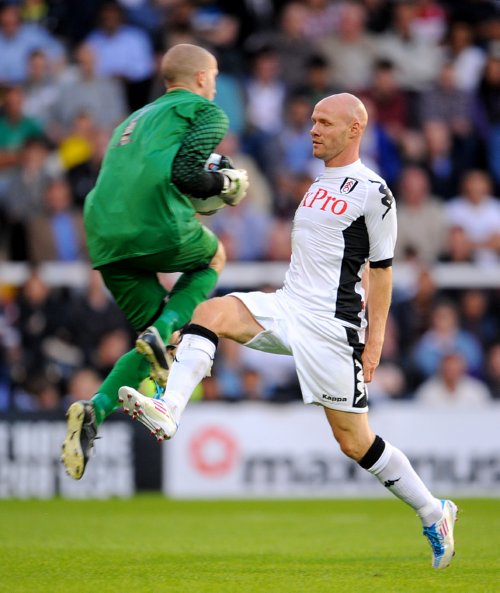 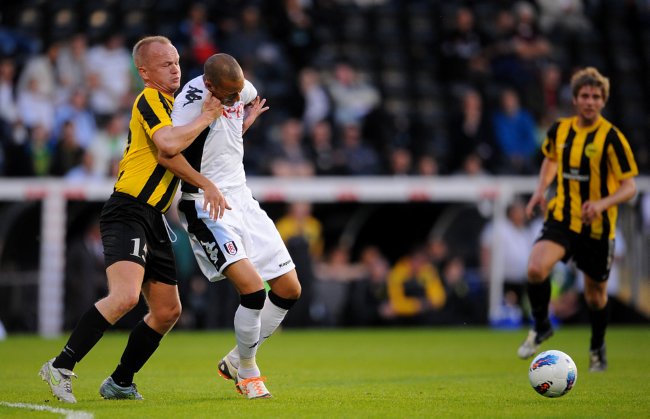 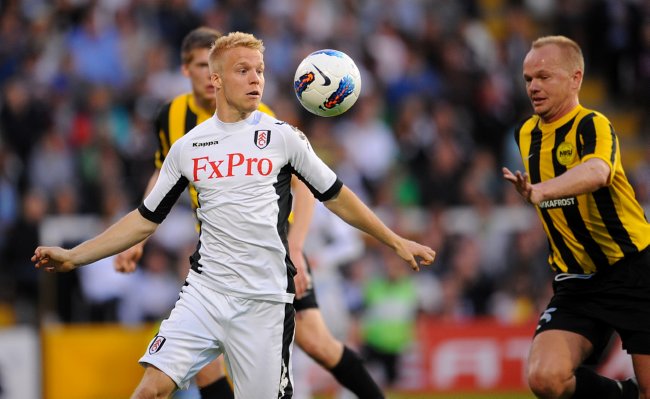 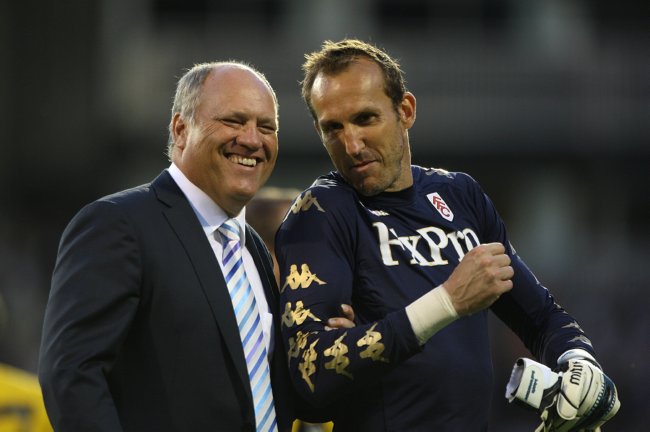 Martin Jol and Mark Schwarzer celebrate after the final-whistle 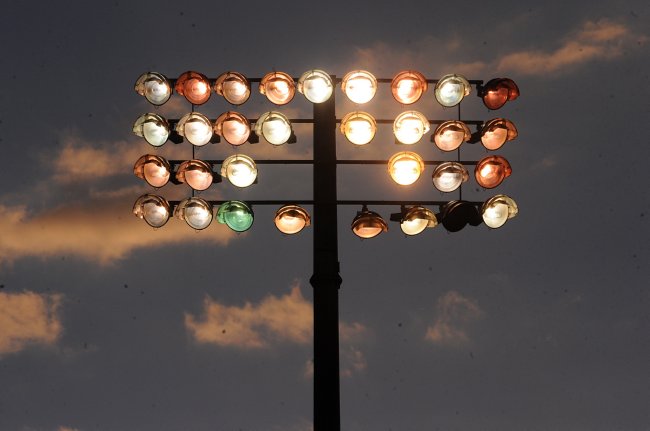 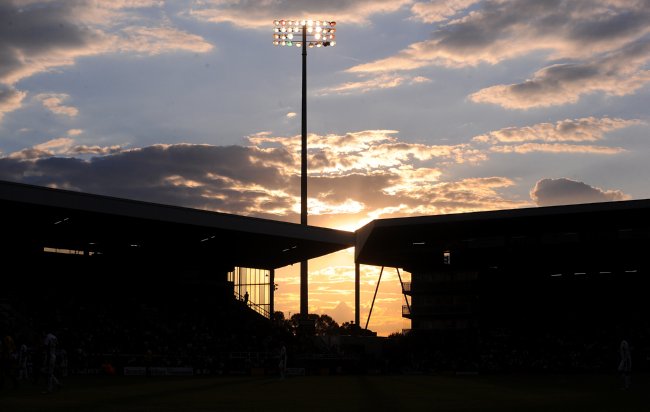 The sun sets over Craven Cottage